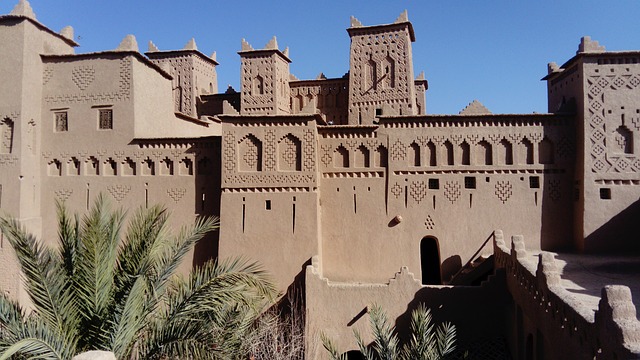 Silt and Clay are considered to be smaller family members of soil group, Even small amounts of fines can have significant effects on the engineering properties of soils. If as little as 10 percent of the particles in sand and gravel are smaller than the No.200 sieve size, the soil can be virtually impervious, especially when the coarse grains are well graded.

Silica is decided to be acidic and magnesia bricks are strongly basic. However, fire clay bricks are generally placed in the neutral group. Chemical reaction may take place when the refractory comes in contact with fuel ashes, slag, gases inside the furnace, and the products such as glass or steel. Moreover, serious frost heaving in well graded sands and gravels can be caused by fines making up less than 10 percent of the total soil weight. The utility of coarse-grained materials for roads can be improved by the addition of a small amount of clay to act as a binder for the sand and gravel particles. Soils containing large quantities of silt and clay are the most troublesome to the engineer. These materials exhibit marked changes in physical properties with changes in water content.

A hard, dry clay, for example, may be suitable as a foundation for heavy loads so long as it remains dry, but it may become unstable when wet. Many of the fine soils shrink on drying and expand on wetting, which may adversely affect structures founded upon them or constructed of them. Even when the water content does not change, the properties of fine soils may vary considerably between their natural condition in the ground and their state after being disturbed. 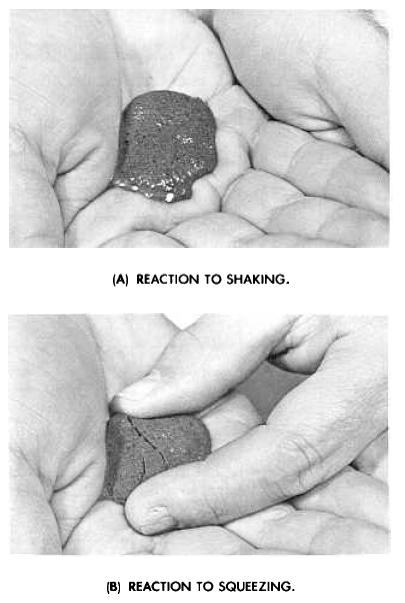 Deposits of fine particles that have been subjected to loading in geologic time frequently have a structure that gives the material unique properties in the undisturbed state. When the soil is excavated for use as a construction material or when the natural deposit is disturbed, for example by driving piles, the soil structure is destroyed and the properties of the soil are changed radically. Silts are different from clays in many important respects, but because of their similar appearance, they are often mistaken for each other, sometimes with unfortunate results. Dry, powdered silt and clay are indistinguishable, but they are easily identified by their behavior in the presence of water. Recognition of fines as either silt or clay is an essential part of the USCS.

Silts are the nonplastic fines, they are inherently unstable in the presence of water and have a tendency to become "quick" when saturated that is, they assume the character of a viscous fluid and can flow. Silts are fairly impervious, difficult to compact, and highly susceptible to frost heaving. Silt masses undergo change of volume with change of shape (the property of dilatancy), in contrast with clays, which retain their volume with change of shape (the property of plasticity). The dilatancy of silt together with its quick reaction to vibration affords a means of identifying typical silt in the loose, wet state. When dry, silt can be pulverized easily under finger pressure (indicative of very slight dry strength), and has a smooth feel between the fingers unlike the grittiness of fine sand.

Silts differ among themselves in size and shape of grains. This is reflected mainly in the property of compressibility. Generally, the higher the liquid limit of a silt, the more compressible it is. The liquid limit of a typical bulky-grained, inorganic silt is about 30 percent; whereas, highly micaceous or diatomaceous silts (elastic silts), consisting mainly of flaky grains, may have liquid limits as high as 100 percent. Clays are the plastic fines. They have low resistance to deformation when wet, but they dry to hard, cohesive masses. Clays are virtually impervious, difficult to compact when wet, and impossible to drain by ordinary means. Large expansion and contraction with changes in water content are characteristics of clays. The small size, flat shape, and mineral composition of clay particles combine to produce a material that is both compressible and plastic. Generally, the higher the liquid limit of a clay, the more compressible it will be. At the same liquid limit, the higher the plasticity index, the more cohesive the clay.

Field differentiation among clays is accomplished by the toughness test, in which the moist soil is molded and rolled into threads until crumbling occurs, and by the dry strength test, which measures the resistance of the clay to breaking and pulverizing. The clays of low compressibility and low plasticity, lean clays, can be readily differentiated from the highly plastic, highly compressible fat clays.