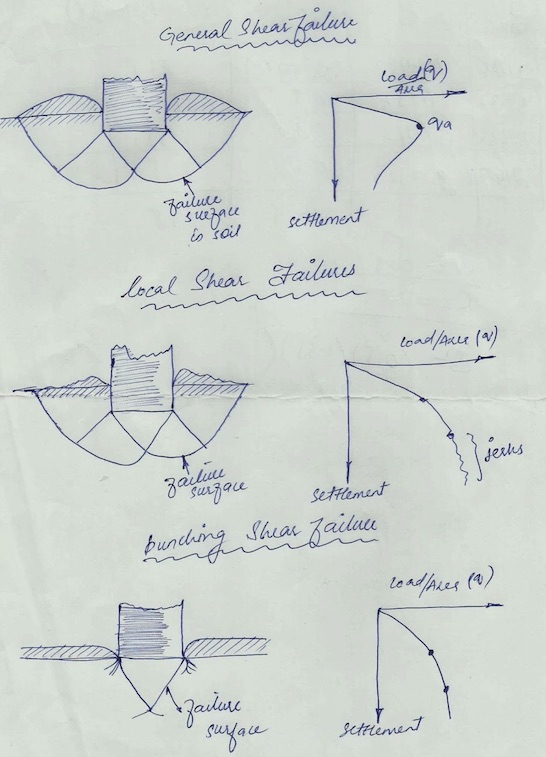 There are three modes of shear failure of soil, i.e. General, Local and Punching shear failures depending upon the compressibility of soil and depth of footing with respect to its breadth (i.e D/B Ratio). When the ultimate bearing capacity of the soil is reached, it may fail in one of the following three failure mode depending upon the type of soil and depth to width ratio of the footing (i.e. D/B)

In this type of shear failure of soil, the failure pattern consists of wedge and slip surface but is well defined only under the footing. Slight bulging of soil surface occurs. Tilting of footing is not expected.