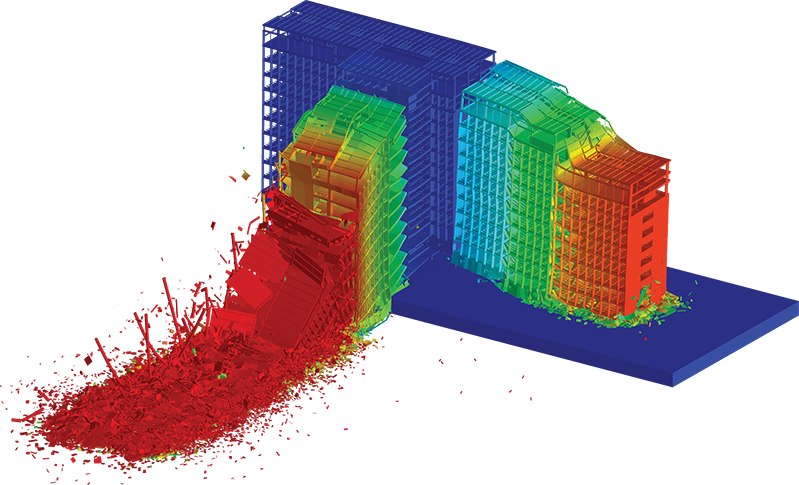 There are various approaches regarding assessment of seismic vulnerability of a building stock. Detailed discussion on this topic is given by Lang. According to Lang, various methods for seismic vulnerability can be classified as given in Table 2.1. These methods are briefly discussed in the following sub-sections.

This method of assessment is based on the statistics of the buildings' damage from the past earthquakes. The method is specifically suitable for poor quality non-engineered construction whose resistance is difficult to calculate by analytical or numerical methods. First such type of a study was made by Whitman. He gathered the data of approximately 1600 buildings damaged due to the San Fernando earthquake of 9th February, 1971.

Based on the gathered data, he carried out a statistical analysis and developed damage probability matrices (DPM). These DPM indicated the probability of occurrence of various distress levels at various intensities of earthquake. Other examples of seismic vulnerability assessment, based on observed vulnerability method also exist. The method has the disadvantage of requiring a substantial amount of data inventory.

Additionally, the analysis of the data, for the area under consideration, cannot be extended to other towns and cities. Similarly, the method does not possess the ability to calculate reduction in vulnerability of buildings as a result of retrofitting or strengthening of buildings.

Vulnerability functions based on expert opinions

The first such kind of seismic vulnerability assessment was carried out by Applied Technology Council (ATC) under the sponsorship of the Federal Emergency Management Agency (FEMA) of USA. The results of the study were summarized in a report (ATC 13). The ATC -13 report developed the DPM for 78 earthquake engineering facilities, out of which 40 belonged to buildings. These DPM were developed by asking 58 experts to estimate expected percentage of damage that a specific structural type would undergo under the action of various intensities of earthquake. Each expert was asked to fill a comprehensive questionnaire by utilizing their best knowledge.

Since then a number of modified and improved versions of such type of a methodology have been proposed [KNKH 97, PCM 00, FKLG 01]. However, the drawback of the methodology lies in the subjective opinion. Each expert, depending upon his knowledge and engineering judgment has his own opinion. In addition, the results obtained for the target area cannot be extended to other towns and cities.

Another drawback of the observed vulnerability and expert opinion methods of vulnerability assessment is that these methods cannot be applied to areas with no past earthquake experience.

Analytical approach based on simple models

Vulnerability assessment methods of observed vulnerability or expert opinions are applicable to areas with some past earthquake experience. For other areas, analytical methods for determining the seismic vulnerability are needed. 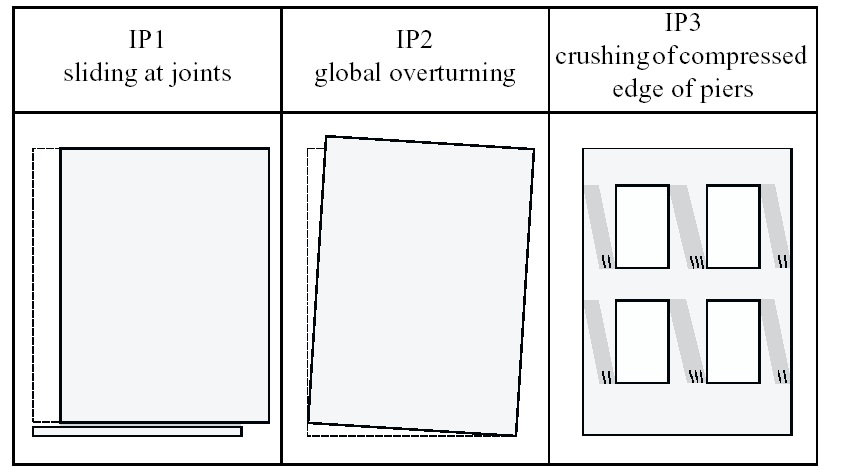 Another such approach, applicable to both masonry and R.C. structures, was developed by Calvi and was applied to Catania City. The method only considers in-plane failure modes and ignores the possibility of out-of-plane failure of wall. The model is based on only few number of parameters such period during which the building was constructed, construction material and number of stories in the building.

The methods of analytical model based on simple models have the advantage of analyzing a large number of building stock in a relatively short time. However, the assumptions made for simplification purpose affect the accuracy of results.

The method serves as a first phase for screening seismically hazardous buildings in an area. Buildings with very low scores are then investigated in detail. First such type of methodology was proposed by the Applied Technology Council. The methodology was aimed at developing a procedure for evaluating the seismic performance of existing building in order to identify hazardous buildings that can impose risk to human lives. Since then, a number of improved versions have been proposed.

The buildings identified as hazardous from the method of score assignment need further detailed investigation for a final decision. The method used for this purpose can be divided into two classes, namely, static and dynamic procedures. Each method can be further sub-divided in two methods, namely, linear and non-linear methods. This makes a total of four methods as follows:

However, these methods are time-consuming and not suitable for an earthquake scenario project in which a lot of buildings need to be investigated.