In case of structural design an optimum factor of safety is provided that will try to prevent the occurrence of limit state within the service life of the building or facility, so that to keep the inhabitant/ objects safe. Safety is provided in the sense that the amount of external and internal forces acting on a given structure must be less than the forces for which the structure is to be designed.

From the last decades engineers and experts felt an intensive need of constructing Seismic buildings/ Facilities so that to make them resistant to different types of earthquakes. The types of structures constructed under this category are called Earthquake resistant or seismic structures and the field of engineering that covers that topic is called Earthquake engineering. Earthquake engineering has developed a lot since the early days, and some of the more complex designs now use special earthquake protective elements either just in the foundation (base isolation) or distributed throughout the structure. Analyzing these types of structures requires specialized explicit finite element computer code, which divides time into very small slices and models. 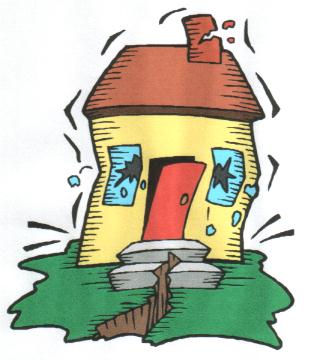 Different types of methods/Analysis are used for seismic structures called Seismic Analysis. Seismic analysis is a subset of structural analysis and is the calculation of the response of a building (or non-building) structure to earthquakes. It is part of the process of structural design,earthquake engineering or structural assessment and retrofit (see structural engineering) in regions where earthquakes are prevalent.

Following are the types of seismic analysis which will definitely help the engineers in understanding the behavior of the buildings in earthquake.

The current seismic design philosophy for many civil engineering facilities has advanced to a state that dual (two-level) design criteria are required. Generally speaking, the higher design level is aimed at life safety while the lower level is intended for continued operation (i. e., an economical design goal based on risk consideration. The two-level design criteria approach is recommended to ensure that structures (above ground and/or underground) constructed in moderate to high seismic areas represent functional adequacy and economy while reducing life-threatening failure. In this Project the two design events are termed as:

It is defined as the earthquake event that can reasonably be expected to occur during the design life of the facility (e.g., at least once). The OBE design goal is that the overall system shall continue operating during and after an OBE and experience little to no damage.

It is defined as an event that has a small probability of exceeding during the facility life (e. g., 5 percent). The MCE design goal is that public safety shall be maintained during and after an MCE.

The seismic parameters used for the design of Project structures have been derived from the revised / updated generalized seismic map of Pakistan prepared by Meteorological Department, Geophysical Center, Quetta. According to the revised seismic zoning map the Project Area lies in a High Danger Zone (Red Zone) for which the seismic factor is suggested as;

Following design procedure has been adopted for detailed design: