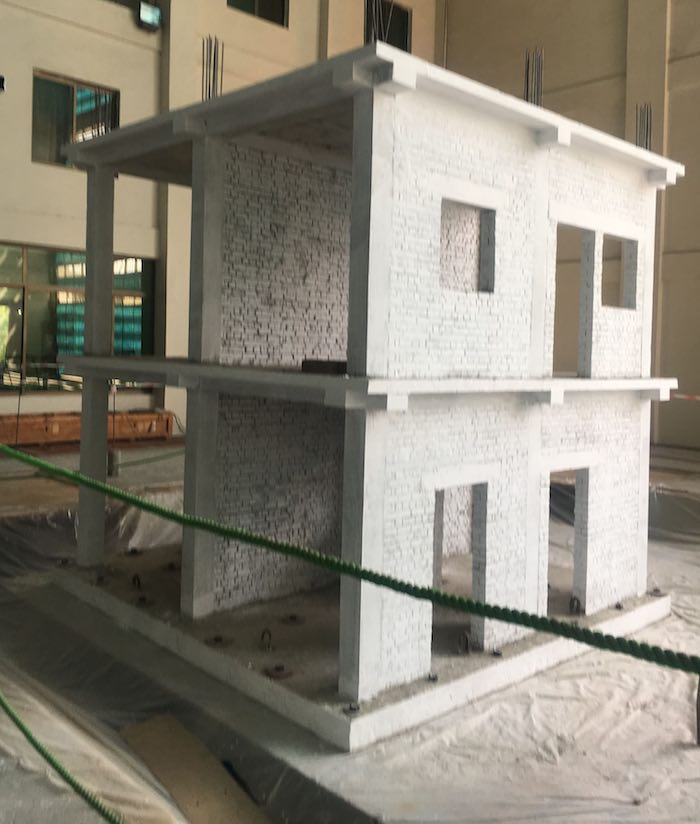 In the absence of a shaking table, some laboratories have developed simple simulators for dynamic testing of structures. One such kind of a facility, named as the shock table, is installed at the University of Roorkee, India and was developed by Keightly.

In STD Tests structures may be subjected to actual earthquake acceleration records to investigate dynamic effects. The inertial effects and structure assembly issues are well represented in the shake table testing method. The size of the structures is limited or scaled by the size and capacity of the shake table. The shock table facility was basically developed for conducting dynamic tests on a low grade masonry house extended up to the weight of 20 ton at a considerably low cost. The arrangement, as shown in Figure below, comprises of: 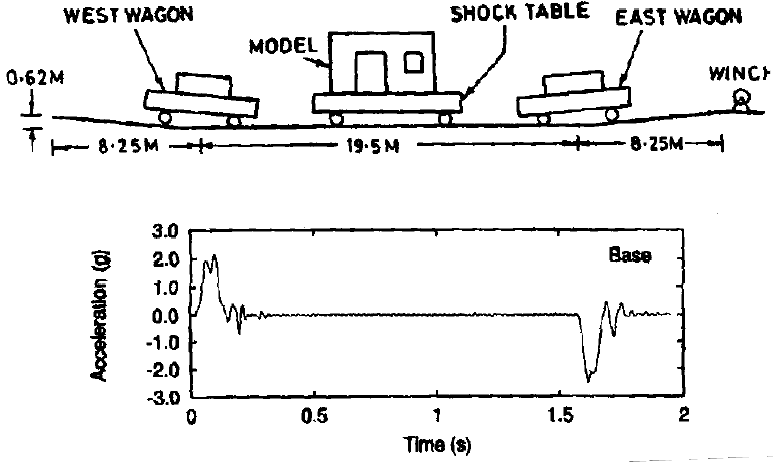 Ten helical coil compression springs are mounted around pipe pieces and welded on each end of the platform to help moderate the impact. The loaded wagons are placed on the track on both sides of the shock table. The loaded wagon gives impact through springs when allowed to roll down the gentle incline. The shocking table, due to transferred momentum, collides with the other dead load wagon, which remains temporarily at rest. A single shock from the end wagon imparts a half -sine pulse to the central wagon.

When another wagon is used to take the reaction, it imparts another half¬sine pulse from the rebound. In this way, one impact of the end wagon can produce a series of half¬sine pulses.

The shock table motion is basically an impulse type of motion with characteristics such as low duration, high base acceleration and high frequency content against the actual ground motion. It is difficult to extrapolate structural behavior under real earthquake motion from the shock table tests. The facility is suitable only for studying the relative merits of different resistance measures in structural models and for conducting feasibility studies on new concepts for earthquake resistance.