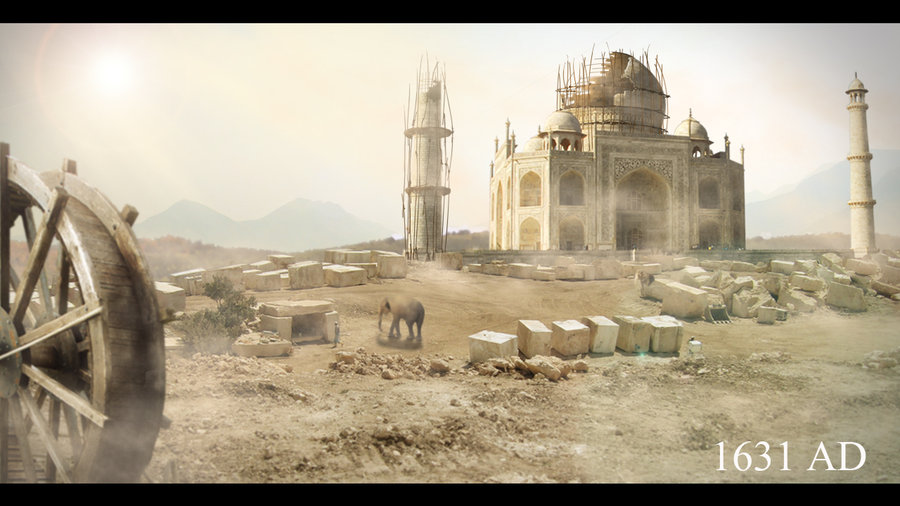 The turquoise was from Tibet and the Lapis lazuli from Afghanistan, while the sapphire came from Sri Lanka and the carnelian from Arabia. In all, 28 types of precious and semi-precious stones were inlaid into the white marble.

The total cost of the Taj Mahal's construction was about 50 million rupees. At that time, 1 gram of gold was sold for about 1.4 rupees. Based on the October 2005 gold price that would translate to more than 500 million US$. (Comparisons based on the value of gold in two different economic eras are often misleading, however). Material Used Along with the labourers flocking to Agra, materials for construction also began arriving : principally red sandstone from local quarries and marble dug from the hills of far-off Makrana, slightly southwest of Jaipur in Rajasthan.

Although the treasury was well filled, such prodigious quantities of rare stuffs were required that caravans travelled to all corners of the empire and beyond in search of precious materials. From Chinese Turkestan in Central Asia came Nephrite jade and crystal; from Tibet, turquoise; from upper Burma, yellow amber; from Badakhshan in the high mountains of northeastern Afghanistan, lapis lazuli; from Egypt, chrysolite; from the Indian Ocean, rare shells, coral, and mother-of-pearl.