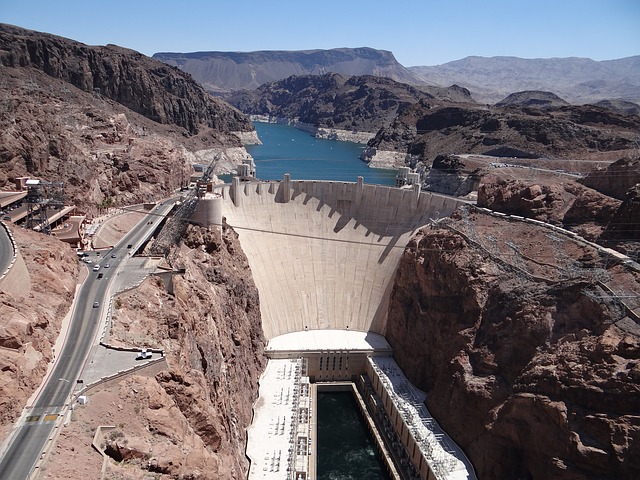 Hoover dam is America's most famous landmark, completed in 1935. It was the most colossal structure in the world at that time. This great American icon was to be the largest and heaviest dam, producing the largest amount of Hydro electric power in the world. 21000 men took part in its construction and of them 112 laid their lives to complete this megastructure. Though its not the most superior dam today but still most famous, iconic and greatest dam ever built. Situated in Mojave desert, 30 Km south-east of Las Vegas. Built on Colorado River at Black Canyon, the construction site was extremely difficult. The risks involved were huge and the consequences could have been catastrophic, if the dam failed.

Hoover Dam is 221 m high, 201 meters thick and 3.4 million cubic meters of concrete has been used in it.

Why Hoover Dam was Constructed?

Colorado, worlds one of the most powerful and unpredictable rivers, would break its banks in every spring and flood the area. The Government instructed the Bureau of Reclamation to come up with a solution and they decided to build world's largest dam.

The site chosen for the megastructure Hoover Dam was Black Canyon. It is an 800 ft high deep gorge through which the river flowed. The spot, Black canyon is in the middle of the desert, so there was no infrastructure, no labors, no transportation and the weather too was harsh.

Frank Crow, was the Chief Engineer of Hoovered Dam and was assigned the job to get it completed in the span from 1931 - 1935. The construction of Hoover took 7 years at a cost of $ 125 million. Nowadays this amount is about 788 million pounds. If the dam was not completed in the given time it would have cost the contractors $ 3000 / day in financial penalties.

In April 1931 blasting for construction of plain dry area, upon which dam would be built, began.To divert the Colorado river 4 tunnels were to be excavated on each side of the Canyon, measuring 4000 ft long and the diameter of the tunnel was 56 ft, these were acting as diversion channels. Two tunnels would be constructed on the Nevada side, and another two were to be constructed on the Arizona side. 2 small cofferdams were built to force water into the tunnels.In may 1931 the drilling continued.The digging, blasting, and debris removal continued for 13 months, with men working 3 shifts 24 hours a day, 7 days a week. Holidays were observed only at Christmas, 4rth July and Labor Day.

At Hoover's Construction site, the workers had to face harsh conditions but were paid only 40% extra. No proper ventilation was provides, work was extremely physically demanding. Men had to swing 100's of feet down the canyon walls to remove dangerous loose rocks, using jacks and dynamites. Due to lack of safety measure men required nerves of steel. The most common cause of death was, being hit by falling rocks.

Because no roads led into the canyon, men (as well as equipment) arrived at the work site by boat. Workers used 500 pneumatic drills, hoses, and compressors to make holes in the canyon rock where explosives could be placed. Once holes were drilled, workers used dynamite to blast into the rock and break it into smaller pieces that could be hauled away by dump trucks. A ton (0.9 metric tons) of dynamite was required for every 14 feet (4.3 meters) of tunnel that workers dug into the canyon wall. Special team then visited the inside of the tunnels to ensure it would remain same for workers to work inside it. The tunnels were then lined with concrete and By sliding sticks of dynamite into holes bored into the canyon wall, workers were able to blast and excavate large diversion tunnels. These tunnels, each about the size of a 4-lane highway, were lined with 3 feet of concrete, allowing river water to be transported away from the construction site at a rate of 1.5 million gallons per second.

Till November, 14, 1932 four 4 tunnels were completed and the water was allowed to flow through it. Hoover's Construction was in full swing.

Workers made the cofferdams by using 100 trucks to dump dirt, rock, and debris into the water at a rate of one truckload every 15 seconds. This amazing pace of dredging and dumping went on for ?ve months. The largest flow ever recorded at Black Canyon 200,000 cubic feet per second, was used by the Engineers to design the coffer dams.

Stage 2 of Construction of Hoover Dam

In this stage building the dam itself was the task. The work was too huge, there were many problems in design which needed to be solved.

Design of the Hoover Dam

According to the first principle, the weight of the dam forces it into the ground due to its weight, thus helping it to remain stable. 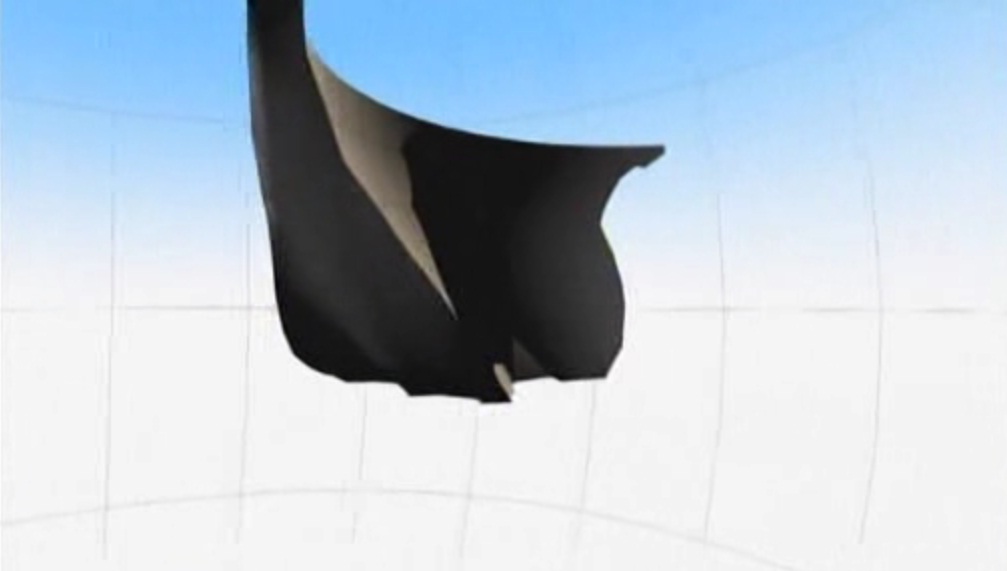 In another principle, the arch shape of the dam deflects the force of the water into the canyon walls through the compression of dam's concrete walls, using the compressive strength of concrete (concrete is very strong in compression). Major problem was the pouring of 3.4 million cubic meters of concrete. Plants were installed at the construction site to produce concrete locally. But the dam was too big to be made into a single concrete mount. If the concrete in the dam was poured in only one go, the concrete would not have settled even today. It is because when ingredients of concrete - cement, sand, coarse aggregate combine in the presence of water, they start a chemical reaction, resulting in the generation of internal heat, thus slowing down the curing process. The large the pour, the larger the cure. If heat is not dispersed, cracks would form, weakening the structure. 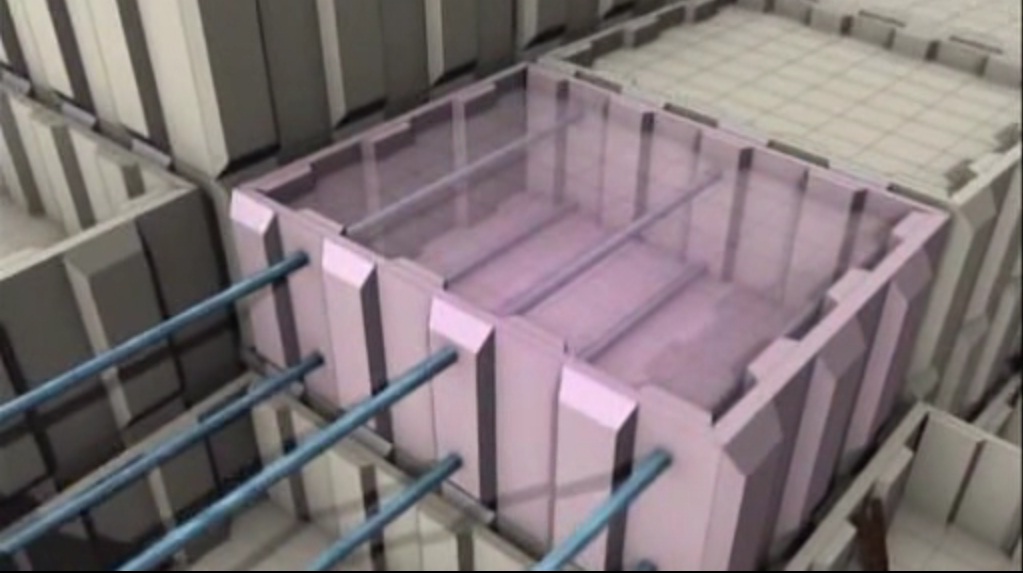 To counteract the problem of heat generation, Hoover dam was built in series of inter locking blocks. This idea was conceived by a previous dam called Lower Crystal Spring dams. But Hoover was even 20 times massive than gigantic Lower Crystals Spring Dam. Each block was 5 ft high and was inter locked with the neighboring one and water was forced between them. To accelerate the setting of concrete, cool water pipes were passed through each block. Concrete mix was cooled and cured faster.

To speed up pouring of concrete in the mega structure, an elaborate overhead network of cables and pulleys was designed, carrying vast buckets of concrete. Labors stayed on the site to spread, place and compact the poured in concrete. Due to this new method, a record breaking volume - 8000 cubic meters of concrete was poured in a single day.