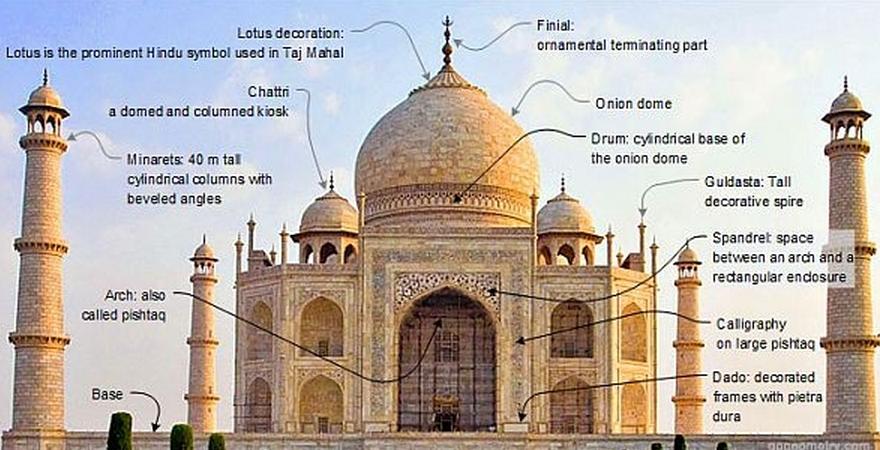 Depiction of lotus flower sculpted on tops of domes

Cylindrical base of the onion dome, raising it from the main building

Decorative spire attached to the edge of supporting walls

A domed and columned kiosk

Upper panels of an archway

Stylised writing of verses from the Qu'ran framing main arches