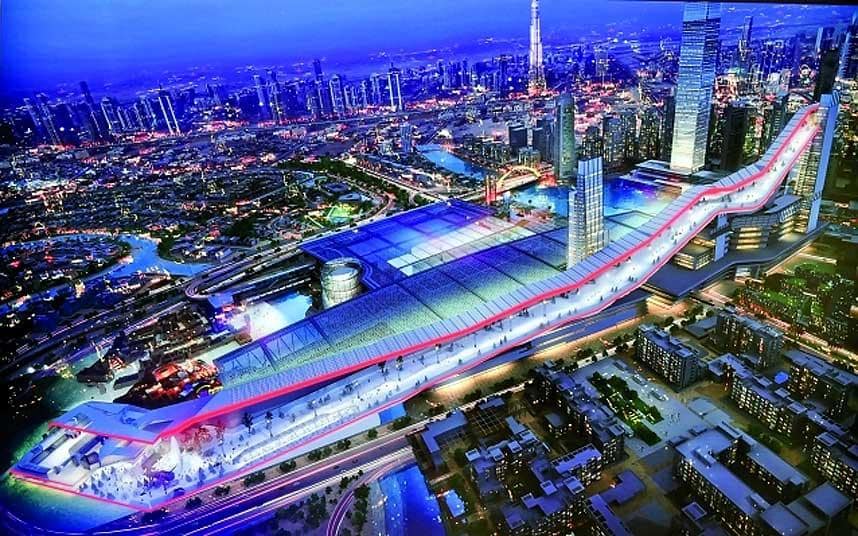 Untill now the only way people in Dubai could ski was on sand dunes, but not anymore. The latest grand project is to build a ski resort with real snow in the middle of the desert. Chief Engineer Phil Talyor was assigned the mega project of making the best and largest ski resort in the world within the specified time and budget limits. Tim Kelley was the head of the construction of the ski resort in the most unlikely region of the world. The covered area is 6.5 Million Sq. Ft of desert and this all had to be done in record time. If not completed in time there was huge penalty. The Mall of Emirates where the ski resort was to be built consisted of 14 cinema halls, 2 luxury hotels of 900 rooms, car parking for 7000 cars and the Ski Dubai.

Structure of the Ski-Resort:

The structure of the ski resort is a curved slope of length 1312 ft. It will be the longest indoor ski resort using real snow technology. Usually the ski resorts are built comparatively easy. The owners find a steep slope and put a roof over the top but there are no hills in Dubai, only sand dunes. There is no column supporting the roof and results in 80m span. The floor is not of uniform gradient rather composed of 5 different slopes to resemble mountain skiing.

Some of the slopes are so steep that the floor is staired to avoid the slipping of snow like in an avalanche. The 3000 tonnes ski slope was strain jacked 200ft in the air. The ski slope was built on the floor to save time and money and then was lifted 200 ft above to form the upper section of the slope. 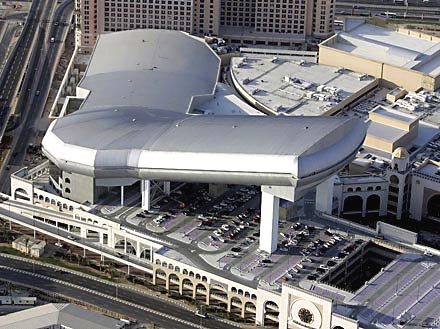 Sixteen (16) hydraulic machines were used to lift the ski-slope, 4 on each corner of the ski-slope. Each machine was capable of lifting 500 tonnes. Hoisting this massive slab of concrete and steel took two days. The hydraulic jacks hoist the slab inch by inch. the first fifth of an inch is the hardest. That's where most of the stresses are at its critical. The ends are lifted up first. The rigid concrete and steel structure bends and sags slightly in the middle so the center is the last to rise up from the supports. The final fraction of an inch was the most critical in the sense that every strand was to be exactly at the same level to hook the ski-slope at the required position. There was no margin for error neither there is any in any of the civil engineering projects.

How the Snow is made:

Real snow grows in flight through the atmosphere and forms a crystal shape. There are more than 250 different kinds of snow. The snow producing engineer Malcolm, had already produced snow in indoor ski project in the United Kingdom for the last 5 years. This snow forms complex crystals in flight, just like the normal snow. The flakes look, feel and taste just like Alpine snow. 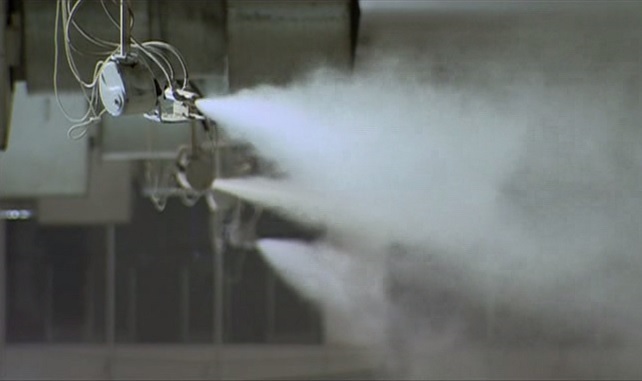 Water is sprayed from above in a fine mist, which forms a cloud. These vapors then seeded with tiny invisible ice particles only 10 microns thick. The particles are the nucleus around which the perfect snow crystals form. To keep the 270,000 sq. ft of dorms at the right temperature, 10 MW of cooling capacity is required. For this purpose 24 coolers are suspended from the ceiling.

The inside temperature are kept 28 °F for skiing and 21 °F for snow making. It makes 8 inches of snow (30 tonnes) every night.

The objective was simple but the project required very complicated technology. To keep the snow from melting a vast and sophisticated cooling system was built below the ski floor. Moreover, the cooling pipes were filled with chemical which are highly toxic, explosive and even lethal. The task of ensuring air tightness of the pipes was very difficult because about 50 miles of pipes were laid out. The pipes joints were sealed through welding and 10% of the welds were to be tested with non-destructing test methods. X-Ray was used to find the quality of welds. out of the 10% welds tested 10% error could be allowed. If more than 10% of the results were not up to the standard, 100% of the welds were to be checked to ensure quality. After the tests 40% of the welds were found not up to the standard. All of the welds were re-examined and were strengthened accordingly.

Quick Facts on the Ski Dubai