According to the grades of Triangulation

In selecting site for a base line, the following requirement should be considered.

A series of triangles connecting a base line to the main triangulation is called a base net. The base should be gradually expended by triangulation as shown figure (i) and (ii)

Another method of measuring the base is to measure the distance b/t the fine marks on two successive tripods. 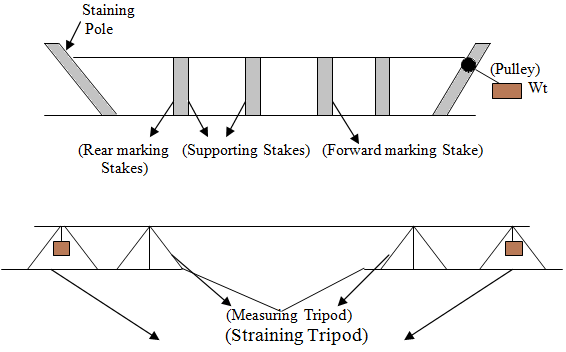 This correction is required for comparison of various bases.
Given by formula

Where Cmsl = correction to length L
L = Measured length of base
H = Average height of base above M.S.L
R = mean radius of earth

Proof: Let ‘l’ be the length of the base reduced to M.S.L

The angles measured at the triangulation stations are the horizontal angles and are not effected by the diff of elev of these stations.

The length of a base line is usually not greater then (10-20) km i.e, (8-10) miles. As it is not possible to obtain a possible side for a long base, the usually practice is to measure a short base and extend it by means of well conditioned triangles.

Suppose it is required to prolong a base line AB. Let CB, the extremities of the base, is fixed accurately in line AB prolonged by a theologize centered over station A or B such that E and F are dearly visible from it and well shaped triangles are formed. 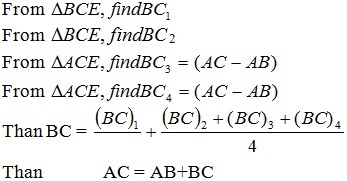 Another and more common method of extension of a base line is shown in the figure. In this method the base a gradually enlarged through the medium of well proportioned triangles. The base AB is extended to CD be selection suitable stations C and D on the opposite side of AB. 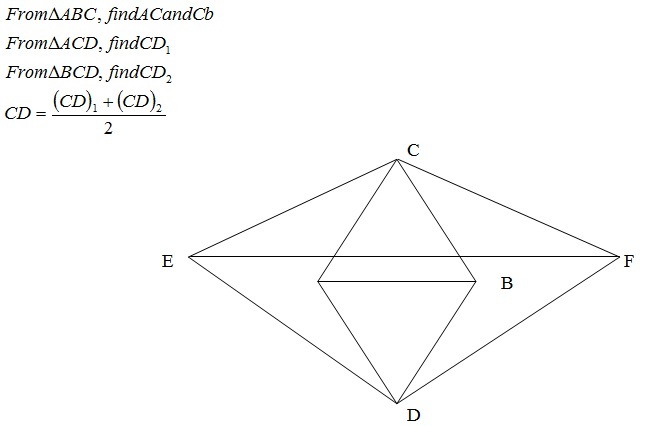