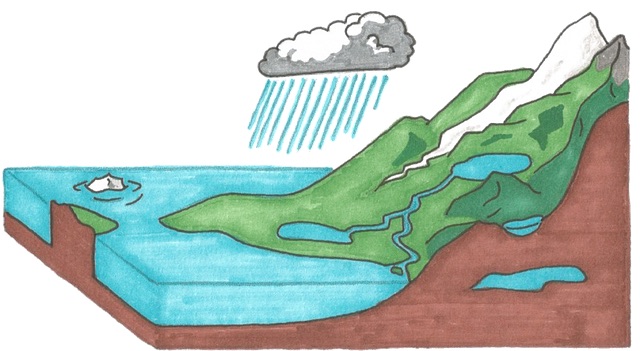 The water holding elements of the hydrological cycle are 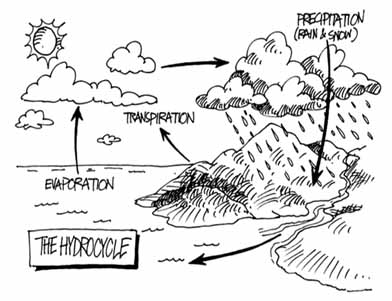 Hydrological Cycle also known as Water Cycle is the study of continuous movement of water on, above and below the earth surface.

The main processes involved in hydrological cycle are:

The water cycle begins with the evaporation of water from oceans and other water bodies. The resulting vapors are transported by moving air and under proper conditions, the vapor are condensed to form clouds, which in turn results in precipitation.

The precipitation which falls upon land is dispersed in several ways. The greater part is temporarily retained in the soil near where it falls and is ultimately returned to the atmosphere by evaporation and transpiration by plants. A portion of the water flows over surface soil to stream channels, while other penetrates into the ground to become part of the ground water. Under the influence of gravity, both surface and underground water move towards lower elevations and may eventually discharge into the oceans.

This Hydrologic Cycle recycles the earth’s valuable water supply. In other words, the water keeps getting reused over and over.