What we study in Hydrology

The study of water in all its forms (rain, snow and water on the earth’s surface), and from its origins to all its destinations on the earth is called hydrology.

It uses hydrologic principles in the solution of engineering problems arising from human exploitation of water resources of the earth. The engineering hydrologist, or water resources engineer, is involved in the planning, analysis, design, construction and operation of projects for the control, utilization and management of water resources. Hydro logic calculations are estimates because mostly the empirical and approximate methods are used to describe various hydrological processes. 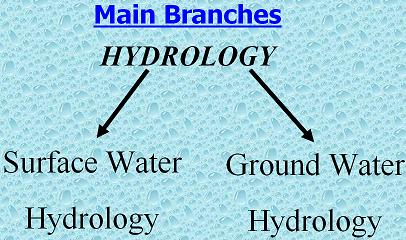 The water holding elements of the hydrological cycle are:

This occurs as change in:

Over oceans and seas: 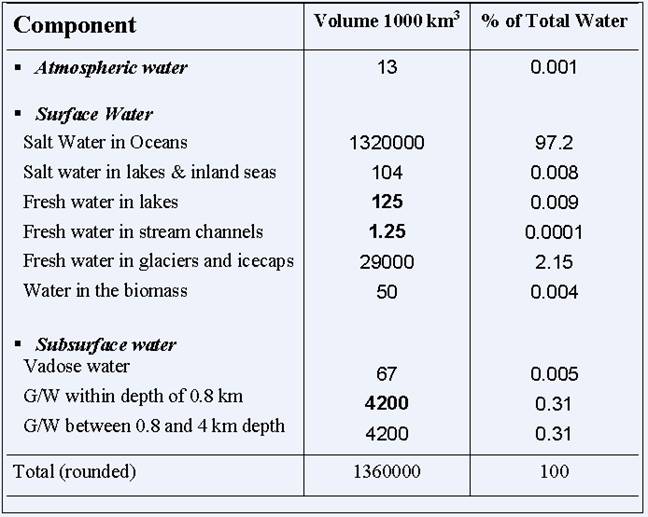 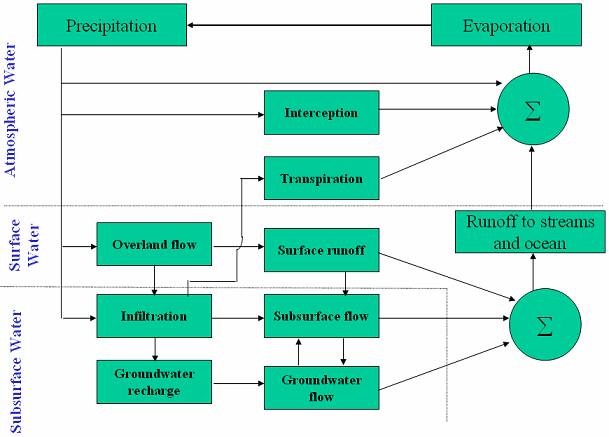 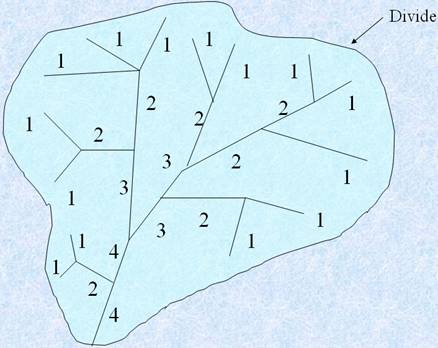 In a given year, a catchment with an area of 2500 km2 received 1.3 m of precipitation. The average rate of flow measured in a river draining the catchment was 30 m3s-1.

What is Precipitation? Defined:

Three mechanisms are needed for formation of precipitation.
1. Lifting and Cooling - Lifting of air mass to higher altitudes causes cooling of air.
2. Condensation - conversion of water vapor into liquid droplets.
3. Droplet Formation - Growth of droplets is required if the liquid water present in a cloud is to reach ground against the lifting mechanism of air.

It results from the lifting of warm and moist air on one side of a frontal surface over colder, denser air on the other side. A front may be warm front or cold front depending upon whether there is active or passive accent of warm air mass over cold air mass.

If low pressure occurs in an area (called cyclone), air will flow horizontally from the surrounding area (high pressure), causing the air in the low-pressure area to lift. When the lifted warm-air cools down at higher attitude, non-frontal cyclonic precipitation will occur.

In the case of a cold front, a colder, denser air mass lifts the warm, moist air ahead of it. As the air rises, it cools and its moisture condenses to produce clouds and precipitation. Due to the steep slope of a cold front, forceful rising motion is often produced, leading to the development of showers and occasionally severe thunderstorms.

In the case of a warm front, the warm, less dense air rises up and over the colder air ahead of the front. Again, the air cools as it rises and its moisture condenses to produce clouds and precipitation. Warm fronts have a gentler slope and generally move more slowly than cold fronts, so the rising motion along warm fronts is much more gradual. Precipitation that develops in advance of a surface warm front is typically steady and more widespread than precipitation associated with a cold front. Warm front precipitation is generally light to moderate. 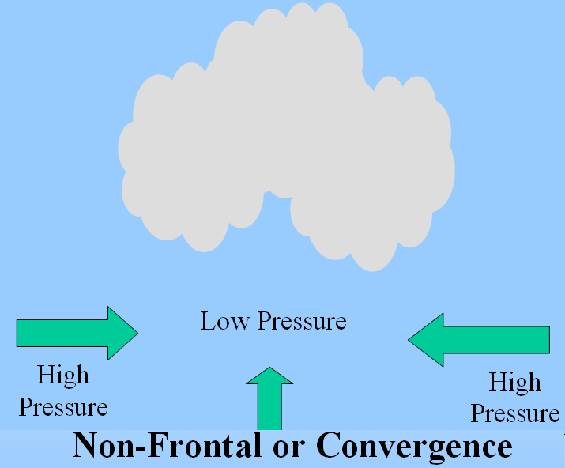 Orographic precipitation is caused by air masses which strike some natural topographic barriers like mountains, and cannot move forward and hence rise up, causing condensation and precipitation. All the precipitation we have in Himalayan region is because of this nature. It is rich in moisture because of their long travel over oceans.

Depth: depth of rainfall at a point or over an area (mm)

Duration: the period of time during which rain fell (hours)

Isohyets (contours of constant rainfall) can be drawn to develop isohyetal maps of rainfall depth.

They are known as non-recording because they do not record the rain but collect the rain.

These are used to determine rates of rainfall over periods of time. Three types in common use are:

Sources of Error in Measuring Precipitation
History And Origin of Hydrology