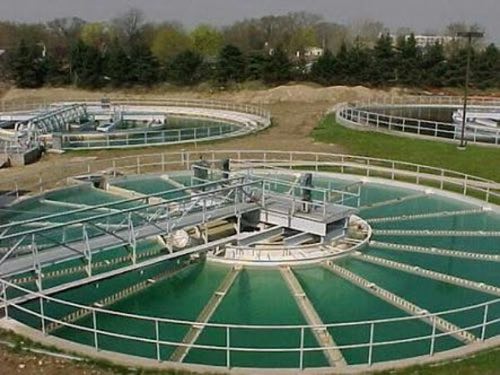 These are most commonly used for primary sedimentation, since they

These are also used for primary sedimentation.

They may be flat bottomed or hopper bottomed. Wastewater enters the tanks, usually at the center, through a well or diffusion box. The tank is sized so that retention time is about 24 (range 20 minutes to 3h). In the quiescent period, the suspended part ides settle to the bottom as sludge and are raked towards a central hopper from where the sludge is withdrawn.

Primary sedimentation is among the oldest wastewater treatment process. Traditionally the design criteria for sizing setting tanks are: