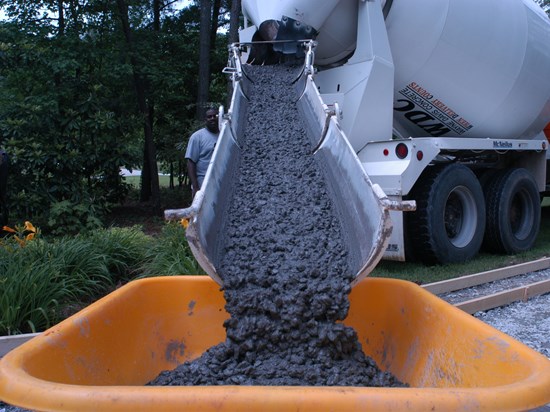 Ready mixed concrete can be of three (3) kinds:

In this case, at the site there is no need of a mixing plane. Because this truck can serve both the purpose mixing as well as transportation of concrete. It loads up dry ingredients and water is also added. Mixing process can start while traveling and appropriately can be discharged. But this is not a very popular method in the field.

In this type of ready mix concrete, concrete is mixed in mixing plane and then loaded on to the truck. If the prepared concrete is loaded on to a normal truck the mixed concrete will set, so agitator truck is used. It actually keeps the concrete agitating with slow speed, may be 3 or 4 rpm during travel. It also has a small water tank for cleaning purpose. It uses less power as compared to the previous type.

Various things can be used to maintain the required slump, like retarders, accelerators etc. Calcium chloride is also an accelerator. Retarders are materials which retarder the process itself and the hardening process. If too much amount of the retarder is used it will kill the concrete, meaning the concrete will never set. Some times it can be made useful like, to kill the concrete on conveyor belt which is stuck during the transport. Sugar can also be used as a retarder. There are many type of chemical retarders available in the market.

Re-agitating the concrete or remixing the concrete by adding a little bit of water causes loss of strength of the resulting concrete. That can be shown in the diagram below.

There are many other issues related to ready-made mix concrete, like while transporting concrete you may have to consider the traffic conditions. If the transporting vehicle is stuck in traffic then it can be problem for the resulting concrete.

Types and Uses of Special Concrete