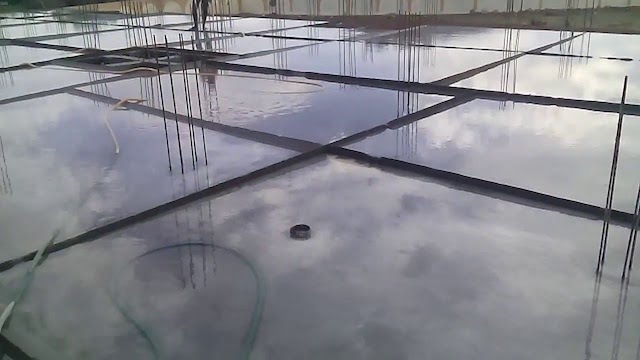 Curing can be described as keeping the concrete moist and warm enough so that the hydration of cement can continue. More elaborately, it can be described as the process of maintaining a satisfactory moisture content and a favorable temperature in concrete during the period immediately following placement, so that hydration of cement may continue until the desired properties are developed to a sufficient degree to meet the requirement of service. If curing is neglected in the early period of hydration, the quality of concrete will experience a sort of irreparable loss. An efficient curing in the early period of hydration can be compared to a good and wholesome feeding given to a new born baby.

Methods of Curing of Concrete

Concrete curing methods may be divided broadly into four categories:

This is by far the best method of curing as it satisfies all the requirements of curing, namely, promotion of hydration, elimination of shrinkage and absorption of the heat of hydration. It is pointed out that even if the membrane method is adopted, it is desirable that a certain extent of water curing is done before the concrete is covered with membranes. Water curing can be done in the following ways:

Keep the concrete immersed in water during the curing 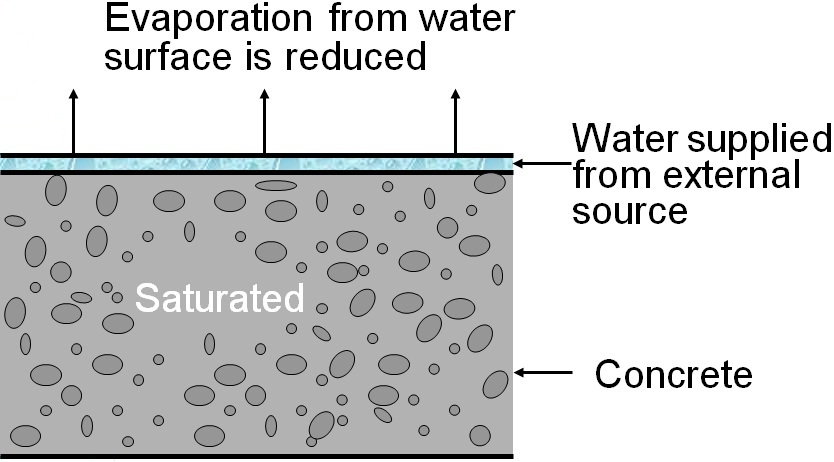 period to fulfill the moisture requirements of concrete. This can be done by: 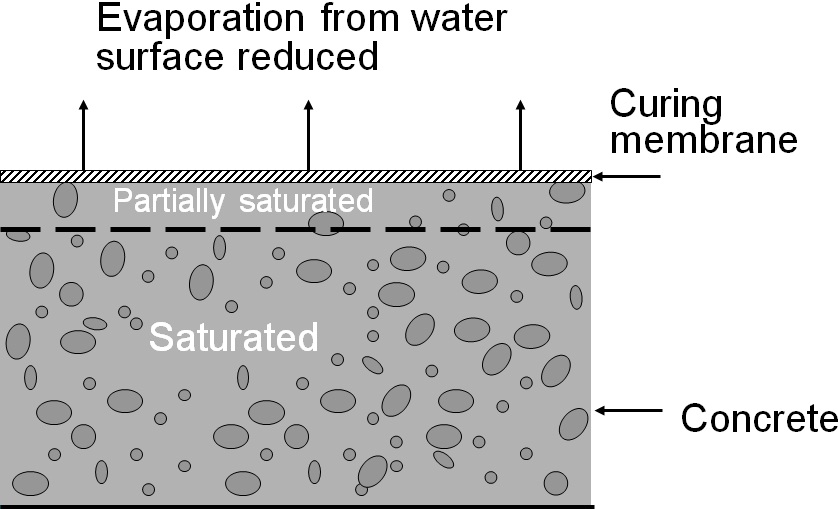 Such methods provide some cooling through evaporation, which is beneficial in hot weather.

Prevent the loss of the existing water

Prevent the loss of the mixing water from concrete by sealing its surface. This can be done by:

The precast concrete items are normally immersed in curing tanks for a certain duration. Pavement slabs, roof slab etc. are covered under water by making small ponds. Vertical retaining wall or plastered surfaces or concrete columns etc. are cured by spraying water. In some cases, wet coverings such as wet gunny bags, hessian cloth, jute matting, straw etc., are wrapped to vertical surface for keeping the concrete wet. For horizontal surfaces saw dust, earth or sand are used as wet covering to keep the concrete in wet condition for a longer time so that the concrete is not unduly dried to prevent hydration.

Sometimes, concrete works are carried out in places where there is acute shortage of water. The lavish application of water for water curing is not possible for reasons of economy. Curing does not mean only application of water; it means also creation of conditions for promotion of uninterrupted and progressive hydration. It is also pointed out that the quantity of water, normally mixed for making concrete is more than sufficient to hydrate the cement, provided this water is not allowed to go out from the body of concrete. For this reason, concrete could be covered with membrane which will effectively seal off the evaporation of water from concrete. Large numbers of sealing compounds have been developed in recent years. The idea is to obtain a continuous seal over the concrete surface by means of a firm impervious film to prevent moisture in concrete from escaping by evaporation. Some of the materials, which can be used for this purpose, are bituminous compounds, polyethylene or polyester film, waterproof paper, rubber compounds etc. When waterproofing paper or polyethylene film are used as membrane, care must be taken to see that these are not punctured anywhere and also see whether adequate lapping is given at the junction and this lap is effectively sealed.

a. Steam curing at ordinary pressure

Strength gain can also be accelerated with: 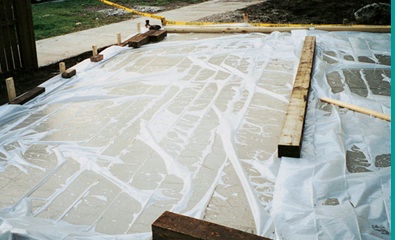 b. Steam curing at high pressure

Calcium chloride is used either as a surface coating or as an admixture. It has been used satisfactorily as a curing medium. Both these methods are based on the fact that calcium chloride being a salt shows affinity for moisture. The salt not only absorbs moisture from atmosphere but also retains it at the surface. This moisture held at the surface prevents the mixing water from evaporation and thereby keeps the concrete wet for a long time to promote hydration. Formwork prevents escaping of moisture from the concrete, particularly, in the case of beams and columns. Keeping the form work intact and sealing the joint with wax or any other sealing compound prevents the evaporation of moisture from the concrete. This procedure of promoting hydration can be considered as one of the miscellaneous methods of curing.