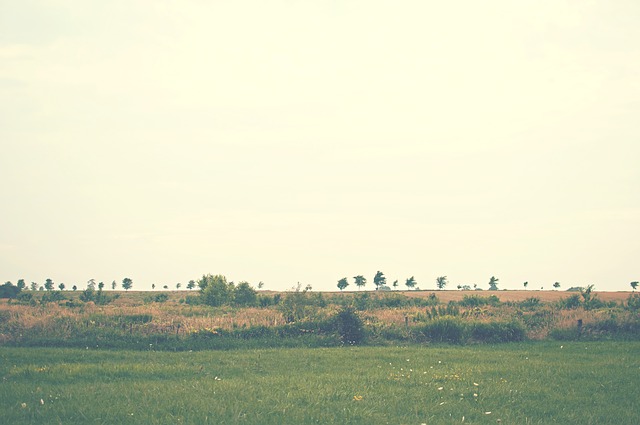 There are many types of dams based on different criteria as below:

The two principal types of embankment dams are earth and rock-fill dams, depending on the predominant fill material used. Some generalized sections of earth dams showing typical zoning for different types and quantities of fill materials and various methods for controlling seepage are presented in Figure 2-1.

When practically only one impervious material is available and the height of the dam is relatively low, a homogeneous dam with internal drain may be used as shown in Figure 2-1a. The inclined drain serves to prevent the downstream slope from becoming saturated and susceptible to piping and/or slope failure and to intercept and prevent piping through any horizontal cracks traversing the width of the embankment. 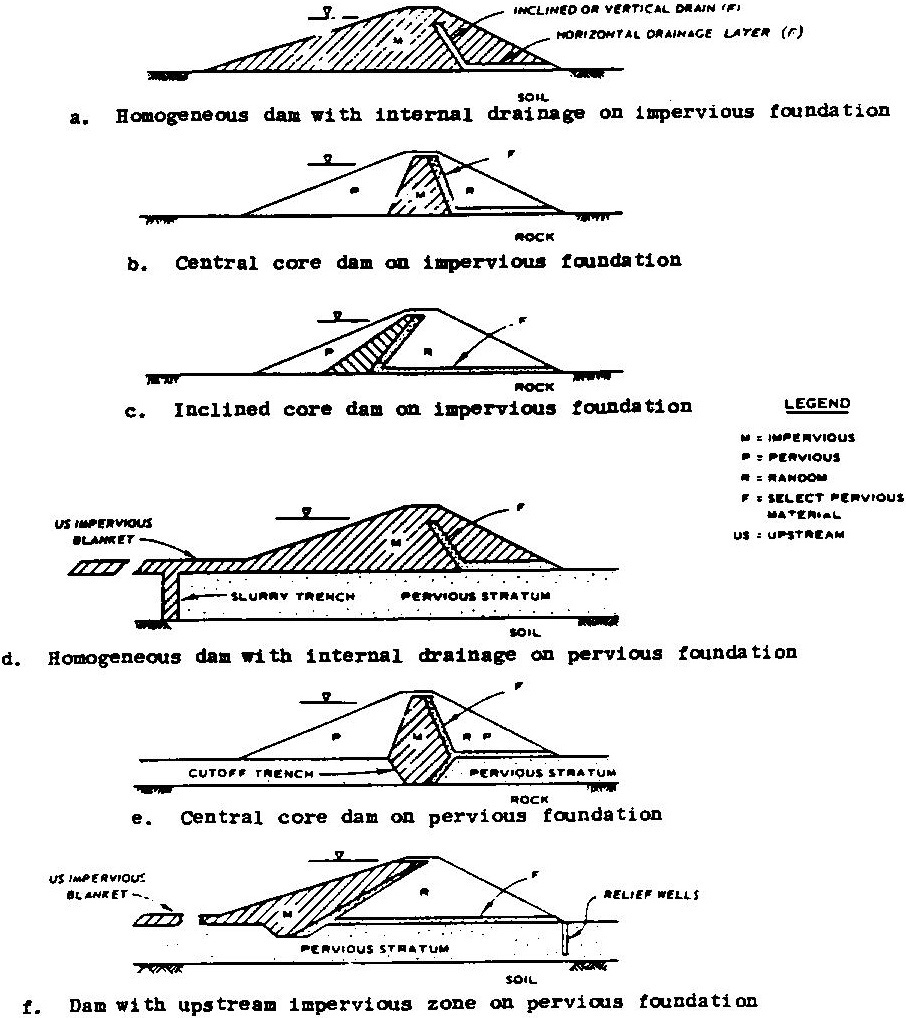 Earth Dams with impervious cores, as shown in Figures 2-1b and 2-1c, are constructed when local borrow materials do not provide adequate quantities of impervious material. A vertical core located near the center of the dam is preferred over an inclined upstream core because the former provides higher contact pressure between the core and foundation to prevent leakage, greater stability under earthquake loading, and better access for remedial seepage control. An inclined upstream core allows the downstream portion of the embankment to be placed first and the core later and reduces the possibility of hydraulic fracturing. However, for high dams in steep-walled canyons the overriding consideration is the abutment topography. The objective is to fit the core to the topography in such a way to avoid divergence, abrupt topographic discontinuities, and serious geologic defects. For dams on pervious foundations, as shown in Figure 2-1d to 2-1f, seepage control is necessary to prevent excessive uplift pressures and piping through the foundation.

The methods for control of under seepage in dam foundations are horizontal drains, cutoffs (compacted backfill trenches, slurry walls, and concrete walls), upstream impervious blankets, downstream seepage berms, toe drains, and relief wells. Rock-fill dams may be economical due to large quantities of rock available from required excavation and/or nearby borrow sources, wet climate and/or short construction season prevail, ability to place rock fill in freezing climates, and ability to conduct foundation grouting with simultaneous placement of rock fill for sloping core and decked dams (Walker 1984). Two generalized sections of rock-fill dams are shown in Figure 2-2. A rock-fill dam with steep slopes requires better foundation conditions than an earth dam, and a concrete dam (or roller-compacted concrete dam) requires better foundation conditions than a rock-fill dam. The design and construction of seepage control measures for dams are given in EM 1110-2-1901.

An earth dam is composed of suitable soils obtained from borrow areas or required excavation and compacted in layers by mechanical means.

Following preparation of a foundation, earth from borrow areas and from required excavations is transported to the site, dumped, and spread in layers of required depth. The soil layers are then compacted by tamping rollers, sheep foot rollers, heavy pneumatic-tired rollers, vibratory rollers, tractors, or earth-hauling equipment. One advantage of an earth dam is that it can be adapted to a weak foundation, provided proper consideration is given to thorough foundation exploration, testing, and design. 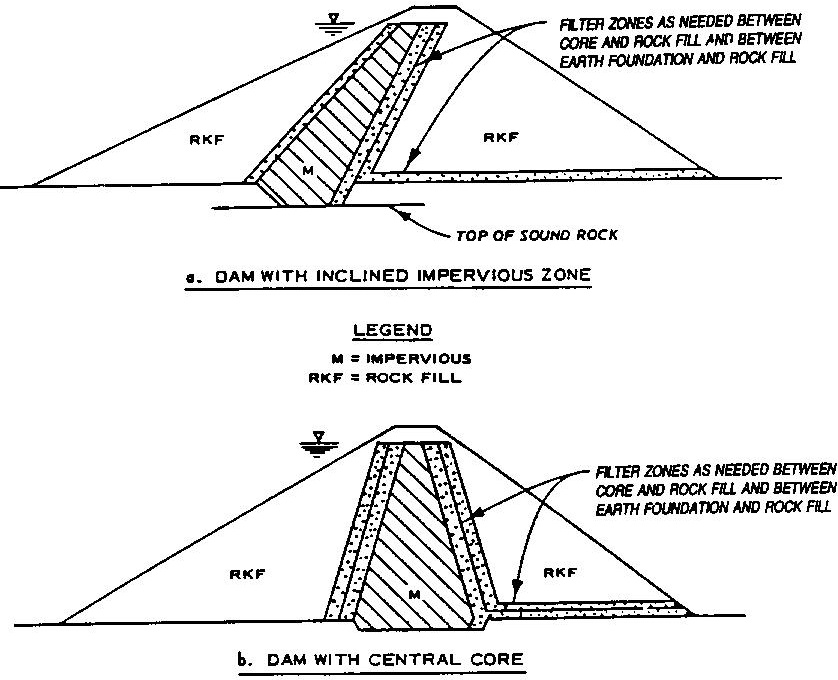 A rockfill dam is one composed largely of fragmented rock with an impervious core. The core is separated from the rock shells by a series of transition zones built of properly graded material. A membrane of concrete, asphalt, or steel plate on the upstream face should be considered in lieu of an impervious earth core only when sufficient impervious material is not available.

However, such membranes are susceptible to breaching as a result of settlement. The rock-fill zones are compacted in layers 12 to 24 in. thick by heavy rubber-tired or steel-wheel vibratory rollers. It is often desirable to determine the best methods of construction and compaction on the basis of test quarry and test fill results. Dumping rock fill and sluicing with water, or dumping in water, is generally acceptable only in constructing cofferdams that are not to be incorporated in the dam embankment.

Free-draining, well-compacted rock fill can be placed with steep slopes if the dam is on a rock foundation. If it is necessary to place rock-fill on an earth or weathered rock foundation, the slopes must, of course, be much flatter, and transition zones are required between the foundation and the rockfill. Materials for rock-fill dams range from sound free draining rock to the more friable materials such as sand stones and silt-shales that break down under handling and compacting to form an impervious to semi-pervious mass.

The latter materials, because they are not completely free draining and lack the shear strength of sound rock fill, are often termed "Random Rock" and can be used successfully for dam construction, but, because of stability and seepage considerations, the embankment design using such materials is similar to that for earth dams.

Tunnels in Dams - Advantages and Application