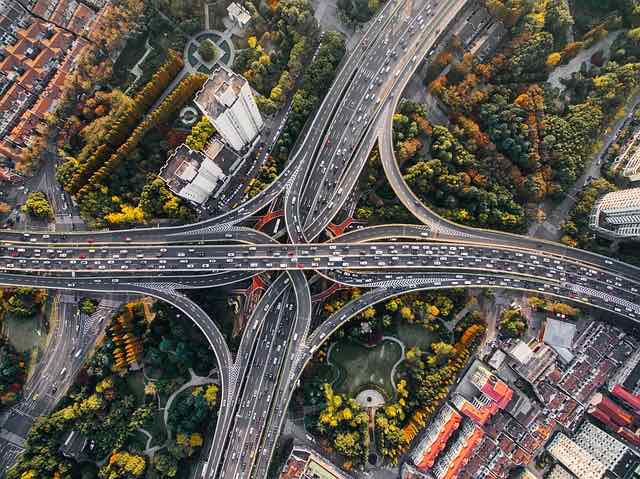 Roadway patterns are very essential in the development of the settlements of a city. However, recent development in cities does not give importance to the study of the road patterns that give rise to numerous roads that are not interconnected, housing schemes and commercial developments built far away where roads are very distant from the center of the town.

The increasing distance between the residential and commercial hub of the city increases the dependency upon cars for the daily travel chores each household member makes frequently. The roadway patterns also increase the response time the emergency response vehicles take to reach a certain place.

This type of pattern is normally considered weak from the road safety point of view as the vehicles meet at opposite directions at intersections. Usually the main road is wide which passes through the centre of the area and other roads connecting to it are narrow. This pattern is sufficiently easier to construct and maintain. This type of street pattern has a good aesthetic view and the road geometry is easier to understand.

In this type of pattern the network of roads is in the form of circles emanating from the centre of the area. The paradigm of radial pattern can be found at the Federal B Area of Karachi. This pattern may be further classified into two types depending on its layout.

In this type of road pattern the main roads radiate from the central point and are connected together by concentric roads that are also radiating outwardly.

It is a combination of radial and grid pattern. A radial network of roads radiate from the center outwardly. The main radial streets are then interconnected by providing grid pattern in between the main streets.

This pattern is a network of roads that grow in such a manner in various directions forming hexagons.

In this type of pattern the roads grow linearly in one direction possibly due to the presence of some natural forces such as sea or ocean at one side of the city.

Importance of Road Patterns in a City