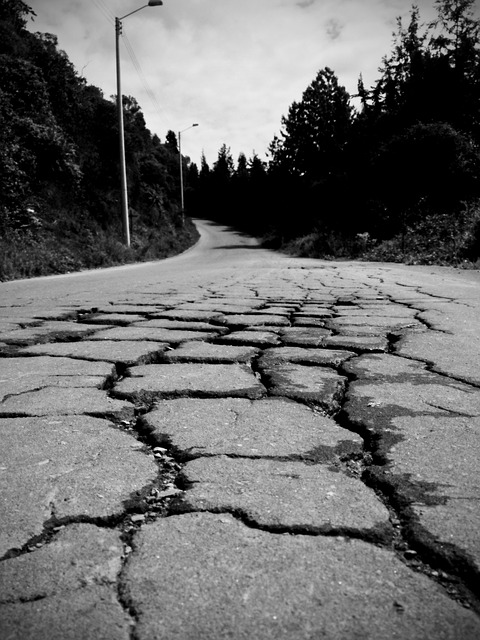 The common causes of pavement deterioration and degradation are overloading, seepage, improper or poor road surface drainage, lack of proper road maintenance, lack of proper design, adverse climatic conditions and some other factors.

Road distresses disturb and adversely affect the traffic flow and traffic safety leading to poor performance of the road. They also cause an increase in fuel costs, result in time delay and prove troublesome for every road user. Identification of the road cracks at an early stage is essential as preventive road maintenance and effective remedial measures can be applied before the problem becomes too severe and the pavement fails. Pavement maintenance thus leads to enormous economic benefits in preventing the pavement from failing. Also, the distresses whether of a smaller or larger scale are a nuisance to the road users and may prove hazardous if neglected for a long period as their condition worsens with time. Proper, timely and selective road maintenance thus becomes an important principle which lengthens the life of the pavement and also reduces the cost of maintenance.

The most common road distresses in flexible pavements are Cracking and Rutting.

Fatigue cracks are interconnected cracks that are caused under the influence of repeated traffic loading. Roads that face extreme climates and heavily loaded vehicles undergo severe fatigue cracking. It is also referred to as Alligator cracking as the crack pattern resembles the skin of an alligator. Fatigue cracking if not attended causes roughness and may lead to structural failure, water seepage through the cracks and can further degrade to form potholes.

Block cracking is in the form of interconnected rectangular cracks. These types of cracks also cause roughness and water seepage through the cracks.

It is in the form of a sudden wave in the road surface and is perpendicular to the direction of traffic flow and is mostly located at the points where a vehicle starts or stops in the road. It causes roughness and discomfort to the driver.

Localized road sections with a slight depression, it causes roughness and collects water which may lead to pothole formation

Potholes are bowl-shaped depressions of varying sizes in the pavement surface. They generally have sharp edges. Potholes are most likely to occur on roads with thin surfaces course. They are usually caused when the severity of cracks increases. They cause roughness and rider discomfort and are a major cause of accidents especially at dark times when there visibility is very low.

The crumbling up of the asphalt layer as a result of the disintegration between the aggregate particles and the asphalt binder. It causes roughness and skid resistance problem and may lead to pothole formation as the moisture infiltration increases because of the openings.

It is identified as the slight depression along the wheel paths in a pavement. It is classified into two types.

Water bleeding occurs when water seeps out of joints or cracks or through an excessively porous HMA layer.