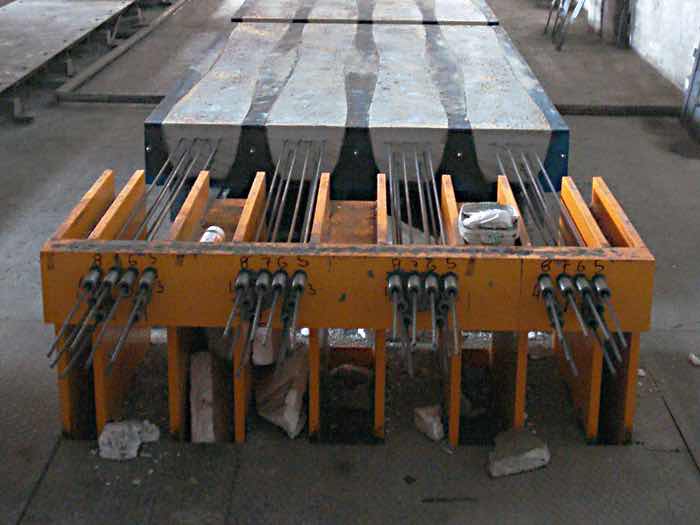 A creation of internal stresses in a structure in order to improve its performance. Such stresses are designed to counter-act stresses induced by external loads. Concrete is strong and ductile in compression, it is weak and brittle in tension, and hence its response to external loads is improved by pre-compression. Prestressed concrete is a type of Reinforced Concrete in which steel has been tensioned against the concrete.

The concrete is compressed during the stressing operation and the prestress is maintained after the tendons are anchored by bearing of the end anchorage plates onto the concrete.

After the tendons have been anchored and no further stressing is required, the ducts containing the tendons are often filled with grout under pressure. In this way, the tendons are bonded to the concrete and are more efficient in controlling cracks and providing ultimate strength.

In some situations, however, tendons are not grouted for reasons of economy and remain permanently un-bonded.