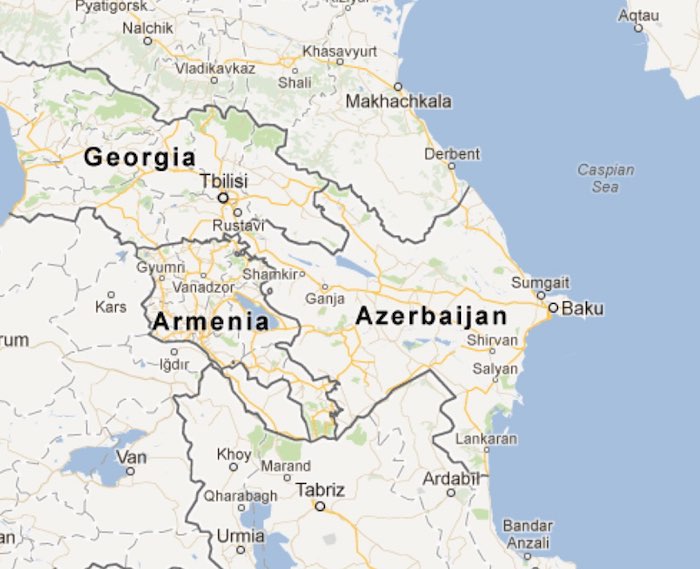 A Master Plan is a general plan for the future layout of a city showing either the existing and proposed streets or roads; open spaces public buildings, etc. A city is historically established and the most rational and sustainable form of human settlement. Owing to objective regularities of regional town planning, cities have repeatedly been rebuilt, changing their architectural image and planning structure. Urban development of Azerbaijan has a centuries-long historical past, as witnessed by wide spreading of cities built on regular base throughout countries territory.

Ancient Baku capital of Azerbaijan arose on the hill near the sea. Beginning from the XII century, in its entire perimeter, the city began to be enclosed with the fortress walls which also put to sea forming a convenient port. This territory of about 22 hectares, limited with the fortress walls is called at present Ichari Shahar, (literally "The Inner City") and is situated in the center of Modern Baku. "Ichari Shahar" is a unique monument of town building art and was included in the UNESCO list of the protected monuments. More First Master Plan for Baku the first master plan for Baku was begun in 1963 and completed in 1971. At the time, the USSR Construction Committee thought that the plan had a lot of mistakes. Unfortunately, it took 12 years for the State Project Institute to update the plan. Eventually, it was completed and delivered to us in 1984. 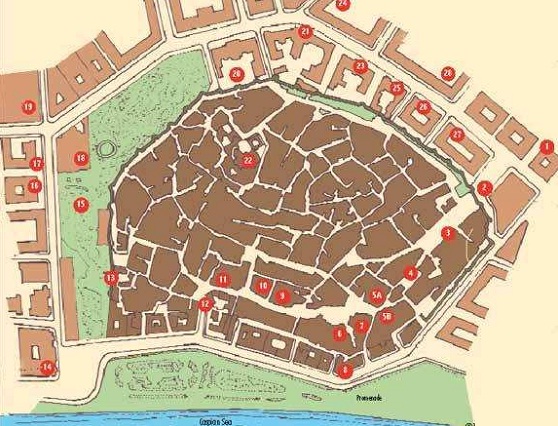 first Master Plan for Baku was designed in 1924. Actually, Baku was the first city in the USSR to have a Master Plan. After that, a master plan was introduced four times. The last one was to have been carried out by 2005. But in 1991, the political situation changed completely, and the plan soon became obsolete because Azerbaijan gained its independence in late 1991.

Without a master plan in place, Baku's development proceeds in an unorganized fashion. Right now, each builder acts according to his own ideas and needs-a situation that is likely to create major problems for the future. We need to work out Baku's revised Master Plan as soon as possible. The mater plan for Baku was designed by Elbey Gasimzade who was Chief Architect of Baku's master plan. And Prof.A.Ivanitskiy was the first designer of this plan.

Places mark as red circles are given below in old plan of Baku city.these were the main components which were included in first master plan of Baku.

Revised Master Plan of Baku in 2005 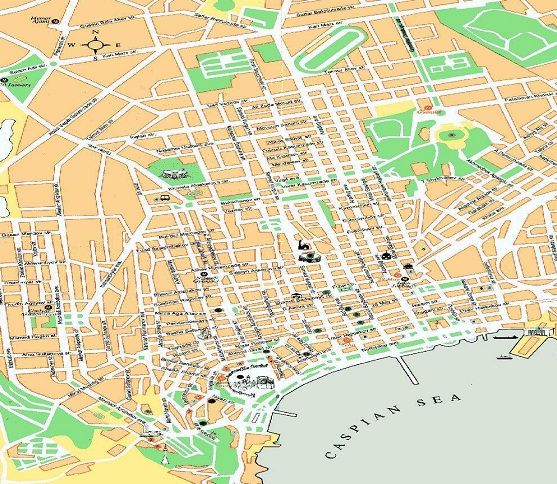 Today, there are 69 cities in the Azerbaijan Republic, one of which is the biggest, Baku; 2 big - Gyandja and Sumgait; 6 medium-sized - Ali-Bayramly, Mingechevir, Nakhchivan, Lenkoran, Sheki and Yevlakh; 60 small. 9 administrative regions are presently under Armenian occupation. They include 12 towns, 7 urban settlements and about 670 villages. Typical features of modern functional and planning structure of settlements, which reflect evolution of Azerbaijani cities are as follows:

For the success of town planning activity in the region of Baku and other cities of the country, it is essential to pursue a concerted policy of the development of state and private sectors, realize an appropriate town planning concept, and exercise the right to manage urban territory within the framework of a specific zone.

A hallmark of town planning activity in Azerbaijan under current market relations is a formation of housing and immovable markets, changes in the role of customer, builder, designer and city administration. From now on, architectural projects, town planning designs and urban building development programs cannot be realized at the expense of state investments only. Also, a range of the participants of town planning process is expanded; their powers are ecentralized, new organization forms of town planning projects realization emerge, including corporations of territory development, business zones and partnerships. Note that under traditional "Socialist" projecting the population was regarded as passive consumer of social welfare. Today, design activity is largely oriented toward potential customers and investors. Thus, groups of consumers have been substituted for groups of clients, which, in turn, offer other attitudes to town planning activity.

Differentiation of housing fund in modern cities of Azerbaijan takes place in accordance with property potentials of the population. There are two main perspective types of housing: municipal, or social housing fund, and private, or commercial housing fund. Currently shaped is the new typology of housing fund by belonging, means of maintenance, and sources of financing, size of area per man. Optimum balance of private and municipal housing fund of Azerbaijani cities contributes to the social integration of the population and creation of favorable conditions for sustainable development of urban building. Though the town planning should be developed on the basis of appropriate laws, decrees and resolutions, the lack of effective mechanism of the implementation of the said documents is a serious obstacle in decision-making in the field of town planning policy and management of urban and settlement housing fund.

Out ability to solve three priority problems of Baku - housing, ecological and transport is dependent upon the strategy of the development of the capital of Azerbaijan. De-urbanization is a sustainable phenomenon in the 21 century town planning. Baku with its growing population reproduces a model of rapidly growing capitals of developing countries. The main reason is in compact structure of the city. As megapolis of reviving Great Silk Way (TRASECA program) located on strategic lines "North-South" and "West-East", the Baku district of settlement is characterized by high level of urbanization and intensive town planning development. Note that over the past 100 years the population of the district has risen by more than 100 times with density of 380 men per 1 km².

At present, in modern many-sided world we have every reason to speak about "pluralism of town-planning opportunities". Alternative conceptual variants of Baku development (by Prof.F.Guseynov) are as follows: First variant - city as compact territory. The point is about principal idea of the general plan designed for 2005. This approach gave rise to all existing and, hence, future problems and tendencies of development: further expansion of the city at the expense of suburbs, penetration of new housing into the existing building areas (hence, impossibility of resolving housing problem in the visible future), building of all free lands (hence, inevitable destruction of vegetation), orientation toward existing system of streets, agonizing road construction (hence, transport crisis, so long as by 2025 traffic will grow by 1.8 times and thus exceed carrying capacity of streets by 1.5 times), increase to load on existing worn-out engineering infrastructure (hence, inevitable accidents), growth of pressure on environment (hence, its inevitable degradation). All these are objective regularities, and no exorcisms like "ensure invariability of Baku borders" can change the situation. It should be recalled that there were scores of identical exorcisms in the general plan of Baku of 1986.

Second variant - creation of satellite cities at a distance of 100-120 km from Baku. The current general plan provides for attaining this goal after 2005. Meanwhile, some town planners suggest to do that in the first turn. In both cases, satellite cities of this kind are unlikely to influence the situation in Baku, since they are located from the center by 1.5-2.5 hours of driving and not included in everyday life and, hence, are not a part of Baku and cannot solve its domestic problems. For this reason, no where in the world, even in Japan with its super high-speed transport facilities, satellites are not located farther than 50-60 km from the city.

Third variant - Baku as system of settlement, including the city proper and closely located new satellite cities. As the practice of Paris-London-Moscow, other world cities' reconstruction showed, this variant is an optimal concept of modern city development (a scheme of Paris reconstruction was approved in 1985, and by 2000 approx. 1.5 mil people had been withdrawn from the city).

For this reason, this variant should be applied to Baku as strategy of its sustainable development. A distinctive feature of Baku is that new cities would not emerge on blank space, but at the expense of natural growth of historically established urban settlements.

Analysis of the major social criterion - everyday labor ties - is indicative that Baku agglomeration has an area of 2300 km², not 1100 km², as the last general plan indicates with total population of about 4 mil and above 50 urban settlements. Goals of sustainable development of Baku agglomeration (Collection) are as follows:

The above-mentioned list needs to be specified for concrete goals of lower levels and be brought to the notice of organizations in charge of their implementation. This is the most acceptable strategy of sustainable development of Baku to stop its degradation, ensure its access to the level of modern world's capitals and visibly raise living standards of its population.