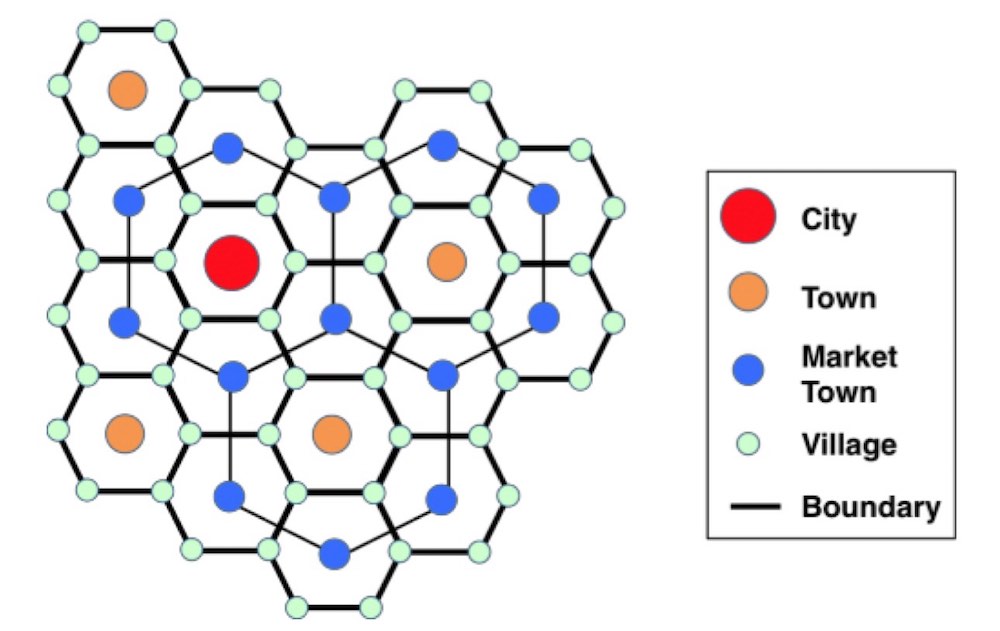 Chrystaller Central Place Theory was first proposed in the 1930s by German geographer Walter Christaller, based on his studies of southern Germany.

Chrystaller made a number of assumptions such as:

A Central Place is a settlement which provides one or more services for the population living around it.

The sphere of influence is the area under influence of the Central Place.

Range of good or services:

Within the central place system, there are five sizes of communities. A hamlet is the smallest and is a rural community which is too small to be considered a village. The rank order of central places is:

The Chrystaller Central Place Theory has three orders or principles:

Each high-order settlement gets 1/3rd of each satellite settlement (which are 6 in total), thus K = 1 + 6×1/3 = 3. However, although in this K = 3 marketing network the distance traveled is minimized, the transport network is not the most efficient, because there is no intermediate transport links (network) between the larger places (nodes)

Why are hexagons used in theory to delineate market areas?

Chrystaller's model will never be found in the real world because

Why Urban Drainage Systems are necessary