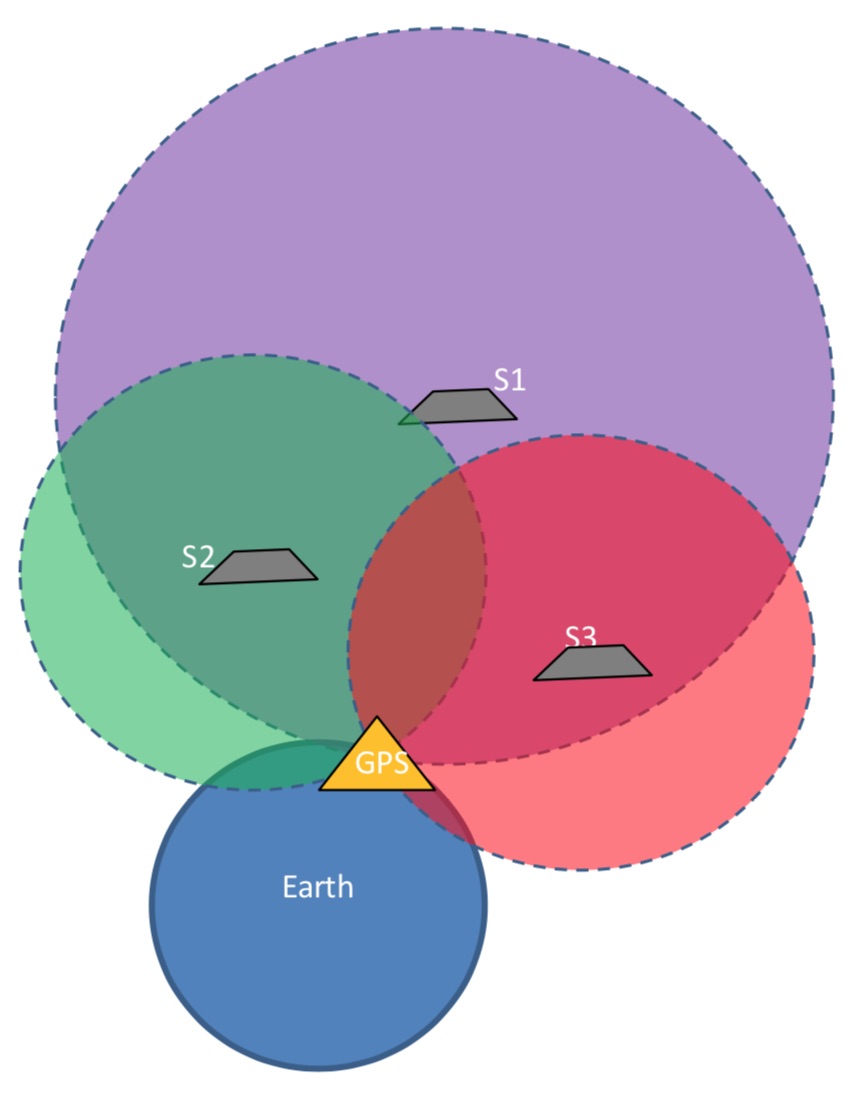 Other GNSS under Development:

A group of artificial satellites working in concert The satellites are:

Following are some of the characteristics of GPS constellation:

A GPS receiver calculates its position by precisely timing the signals sent by GPS satellites. The receiver uses the messages it receives to determine the transit time of each message and computes the distance to each satellite. The GPS receiver with the help of the satellites determine: