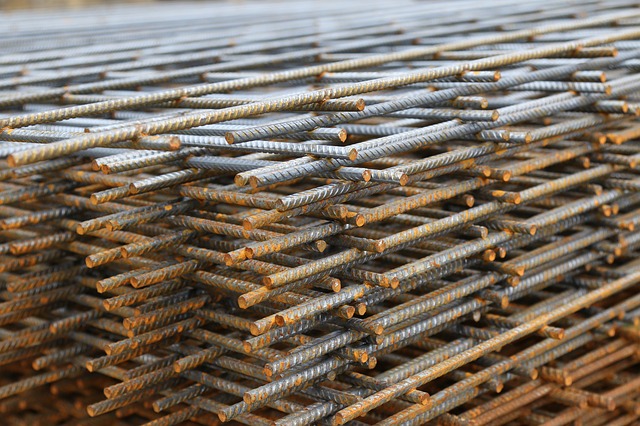 Reinforcement is generally put into concrete to cater for its relative weakness in tension compared with compression. The term 'cross-sectional area' (CSA) is used to refer to the area of the section under consideration, both for the concrete and for the steel. The ratio of the area of the steel to that of the concrete is the percentage of reinforcement, which for concrete sections such as slabs, beams or columns could typically be 3-5%. Many cases have been encountered where percentages of reinforcement of up to 25% have been used. These have led to problems on site, in the precast concrete factory and in mix design at the preliminary stage.

One problem that was examined concerned precast columns in a building . The columns were about 3.5m tall and 0.3m square section in plan. Four 40mm diameter bars, one at each corner with 40mm nominal cover, made up the main reinforcement. The main rebars were lapped by 10mm diameter stirrups at approximately 0.3m centres. The mix was a 20mm/10mm/5mm to dust limestone aggregate with a 450kg/m3 white Portland cement content and a total water/cement ratio of about 0.5 with a slump of 100mm. About three months after installation on site, severe vertical cracking with no steel corrosion occurred in lines with accompanying spalling in lengths up to 0.5m long.

This was diagnosed as probably being due to there being too much rebar restraining influence on a concrete with a high initial hydration shrinkage potential. Another example where excess reinforcement affected mix design concerned bifurcated in-situ white concrete columns, where congestion of reinforcing bars at the crossover resulted in there being about 25% steel of the CSA in plan at the throat. The original mix design, using a 20mm aggregate with a 75mm slump, had to be changed to a 10mm aggregate with collapse slump. Fortunately, a Portland limestone aggregate was used, and the 30-60 minute aggregate suction effect on the excess water content gave cube results that built up quite significantly after four days. The specified cube strength was obtained about a week later. 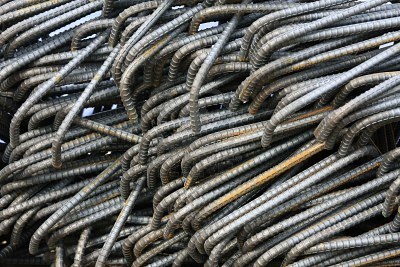 The problems that occur from using excess reinforcement are numerous. The list below highlights those that have been commonly experienced:

Remedial Measures for Over Reinforced Concrete

The following are the few remedial measures that are necessary to be taken in case of excess steel used:

The general way to avoid most of the problems listed is either to ensure that no more reinforcement is put in than is needed and/or to distribute the placement of the main bars so as to spread stress shrinkage effects onto the steel more uniformly. In addition, allow as much room as possible for concrete to flow through the reinforcement, and use workability-promoting admixtures and/or additives where possible.Where high-workability mixes are necessary, consider the use of aggregates with a suction 'Vacuum concrete' effect. Not only can this assist in extracting some of the excess water, but the increased wetness of the aggregate can also assist in the moisture curing of the concrete.