Hydropower is globally recognized as a renewable, cheap and reliable resource of energy. It generates electricity with zero emission and produces no waste. There is no requirement of fuel, operating cost is much lower and hydropower plants have longer economic lives than thermal plants.

Pakistan is endowed with a Hydel potential of more than 40,000 MW. However, dependable or de-rated capacity is in the range of 14,000 to 16,000 MW during the year, due to a variety of factors, whereas demand for electricity is increasing at an average annual rate of over eight per cent.Thus, there is gross power shortage at national level, demand being projected to around 22,000 MW by the year 2010 most of these potential power sites lies in the Khyber Pakhtunkhwa Province. However, an abundant Hydel potential is still untapped which needs to be harnessed. 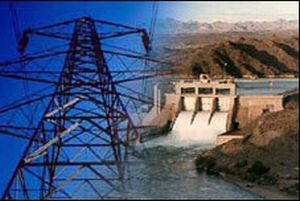 To meet surging demand, an additional 4,000 MW generating capacity, all based on gas and oil, will be commissioned by December 2010, in both the private and public sector, besides another 325 MW nuclear power plant. In contrast, only 516 MW of hydropower is expected to be added to the system. The total installed capacity of the hydropower stations in the country is about 6700 MW, out of which 3850 MW is in Khyber Pakhtunkhwa Province, 1699 MW in Punjab, 1039 MW in Azad Jammu & Kashmir (AJK) and 117 MW in the Gilgit Baltistan.

Energy is critical for the developing countries not only for social development and human welfare but also as a catalyst for overall development in the New Millennium. Energy in the form of electricity provides the basic infra-structural input to the national economic growth. The per capital electric consumption is considered as an index of a nation's progress and development.

Pakistan has been facing a chronic shortage of energy. With the passage of time, the gap between demand and deliverable capacity from the national power stations is widening. Water and Power Development Authority (WAPDA) has been endeavoring hard to narrow the gap, through installation of thermal power stations with steam and gas turbines as well as combined cycle units. The power generation through these stations is not only expensive but also is not convenient to rely upon, due to ever increasing cost of oil and depleting resources. Water is the primary source of energy in Pakistan. The shortage of energy can minimized by exploring small and medium hydel projects in Khyber Pakhtunkhwa Province.

Sarhad Hydel Development Organization (SHYDO) and Deutsche Gesellschaft fur Techniche Zusammenarbeit (GTZ), a German Government Agency for Technical Co-operation, carried out extensive studies in northern areas of Pakistan in 1992 for the identification of potential sites for the generation of hydropower. During this identification huge hydropower potential in seven regions of Khyber Pakhtunkhwa Province have been identified which needs to be explored further.

In fact, the share of hydroelectric power generation in the overall energy mix is persistently decreasing - from 57 in the1980s to 42 in the1990s to current 32 per cent of the total installed capacity. The good news is that the government plans to increase it to the level of 20,000 MW by 2017. As a result of recent restructuring, the Pakistan Water and Power Development Authority (Wapda), re-named as Water Resources and Power Development Authority, is focusing on implementing multipurpose water projects, including medium and mega hydropower generation projects, either reservoir-based or run-of-the-river type.

Feasibility studies related to another eight hydropower projects are in progress being conducted by the consultants appointed by WAPDA. These projects, expected to complete by 2017, would have an installed capacity of about 12,000 MW and would require $16.7 billion to construct. It may take two years to finalize studies enabling WAPDA to launch the projects.

An agreement signed on February 22, 2009 according to which China will provide technical assistance to Pakistan for hydropower projects on the model of the Three Gorges Dam, which is one of the largest hydropower complexes in the world. Government of Khyber Pakhtunkhwa has included in their development program the pre-feasibility studies of different hydro power sites located in different regions of Khyber Pakhtunkhwa Province.