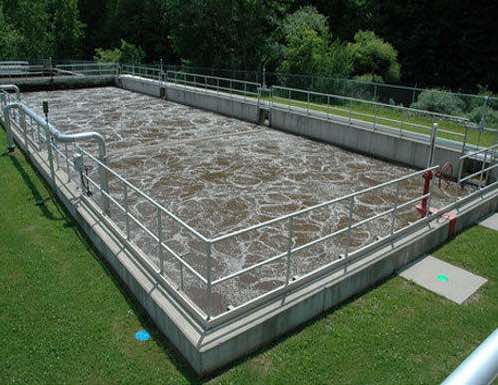 Is defined as a ‘Suspension’ of microorganisms, both living and dead’ in a wastewater. The microorganisms are active by an input of air (oxygen) thus known as activated-sludge. Activate-sludge is that sludge which settle down in a secondary sedimentation tank  after the sewage has been freely aerated and agitated for a certain time in an Aeration tank.

The activated-sludge contains numerous bacteria and other microorganisms, when it is mixed with raw sewage saturated with oxygen, the bacteria perform the following function.