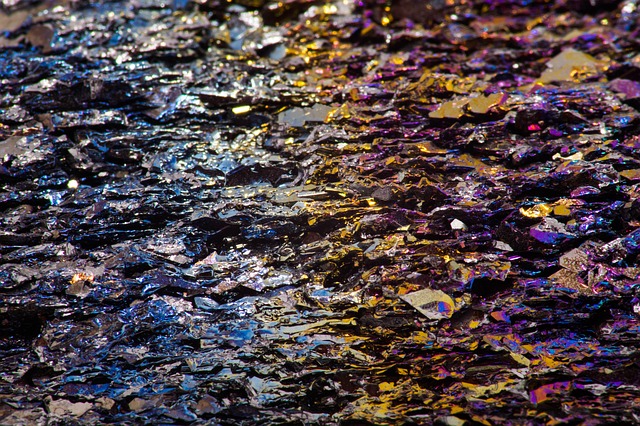 Feldspar is the most abundant minerals. There are two types.

Quartz is also very common ingredient in many kinds of rock. It is silicate (SiO2), and usually has a translucent to milky white color. The luster is vitreous. Quartz is harder than most minerals (hardness 7), and thus is very resistant to weathering. Chert is a type of quartz sometimes found in sedimentary rocks. It can cause problem when used as concrete aggregate.

Translucent thin sheets or flakes. There are two common varieties.

Mica: Biotite and muscovite are similar in physical properties. Both are soft, 2.5-3, with one perfect cleavage. The sheets of mica have very low coefficient of friction, which can produce shear failure in certain rocks, such as schist.

A class of minerals, all of which contain both iron and magnesium. This class includes pyroxene, amphibole, hornblende and olivine. These minerals are dark color and a moderate hardness.

A mineral made of calcium carbonate (CaCO3). It is usually white, pink or gray. It is soluable in water, and thus can be transported by ground water into cracks in rock where it precipitate out of solution. It also can precipitate in soil, becoming a cementing agent. Calcite is much softer then quartz or feldspar. The hardness is 3. Have vigorous reaction to hydrochloric acid.

Another class of minerals, all of which contain iron (FeO3). The most common iron oxides are hematite, Fe2O3 ; hydrous iron oxide that are often called limonite and magnetite. Although less common, these minerals give a distinctive rusty color to some rocks and soils and can act as cementing agents. The compact varieties have a hardness of 5.5-6, but earthy form are soft. The luster is sub-metallic.

A soft minerals often occurring as a precipitate in sedimentary rocks. It is colorless to white and has economic value when found in thick deposits. For example, it is used to make drywall. Gypsum is water soluble and thus can dissolve under the action of ground water, which can lead to other problems.

Engineering Geology & Seismology
Scientific Theories of the Origin of the Earth

Geological Faults and its Types
The Geological Cycle of Rock formation

Weathering - Definition and Types of Weathering