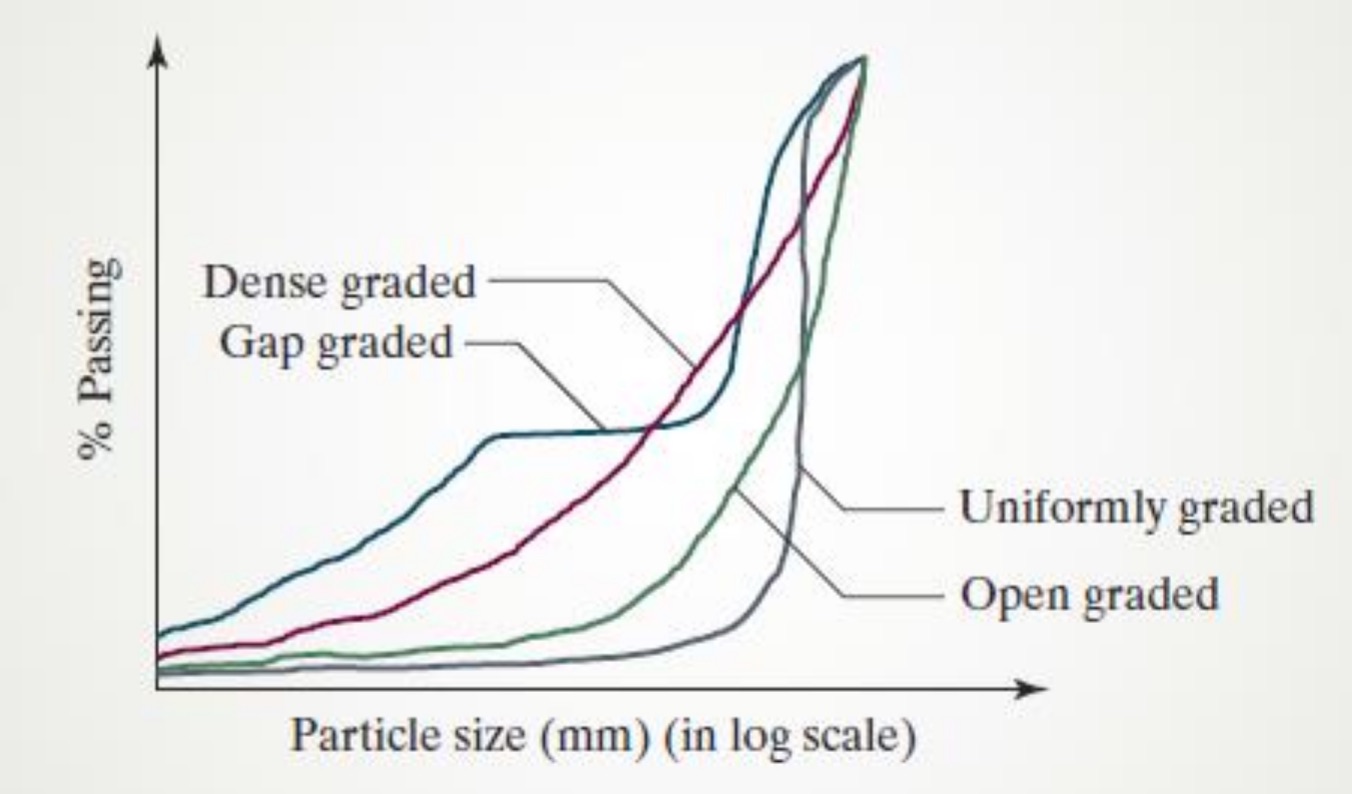 Grading limits and maximum aggregate size are specified because these properties affect the amount of aggregate used as well as cement and water requirements, workability, pumpability, and durability of concrete. In general, if the water-cement ratio is chosen correctly, a wide range in grading can be used without a major effect on strength.

The Grading Curve of Aggregates

The grading of aggregates is represented in the form of a curve or an S-CURVE. The curve showing the cumulative percentages of the material passing the sieves represented on the ordinate  with the sieve openings to the logarithmic scale represented on the abscissa is termed as Grading Curve. The grading curve for a particular sample indicates whether  the grading of a given sample conforms to that specified, or it is too coarse or too fine, or deficient in a particular size.

Types of Grading of Aggregates

It refers to a gradation that contains most of the particles in a very  narrow  size range. In essence, all the particles are the same size. The curve is steep and only occupies the narrow size range specified.

In this type of gradation of aggregates, only a small percentage of aggregate particles are in the small range. This results in more air voids because there are not enough small particles to fill in the voids between the larger particles. The curve is near  vertical in the mid-size range, and flat and near-zero in the small-size range.

Chemical and Physical Composition of Bitumen