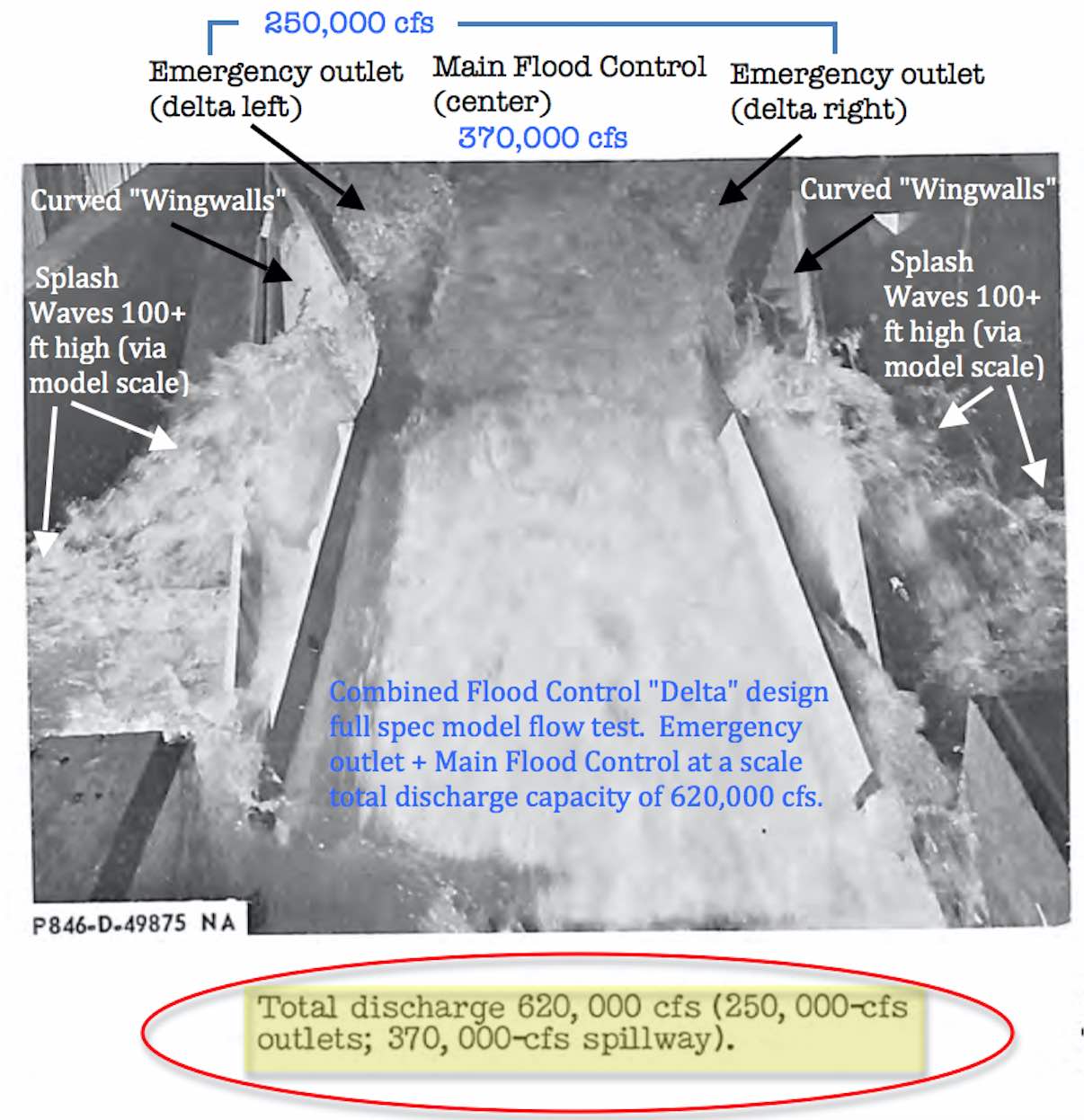 The maximum discharge capacity and the number of spillways are determined by studying the following factors: