Public transport (also known as public transportation, public transit, or mass transit) is transport of passengers by group travel systems available for use by the general public, typically managed on a schedule, operated on established routes, and that charge a posted fee for each trip. Examples of public transport include city buses, trolleybuses, trams (or light rail) and passenger trains, rapid transit (metro/subway/underground, etc.) and ferries. Public transport between cities is dominated by airlines, coaches, and intercity rail. High-speed rail networks are being developed in many parts of the world.

A system of large-scale public transportation in a given metropolitan area, typically comprising buses, subways, and elevated trains. 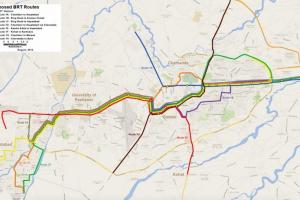 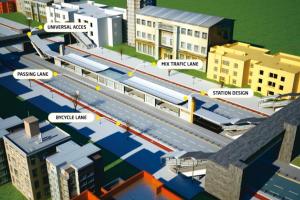 What is BRT Peshawar and its Project Details

BRT stands for Bus Rapid Transit. Bus rapid transit (BRT, BRTS, busway, transitway) is a bus-based public transport system designed to improve capacity and reliability relative to a conventional bus system. A BRT corridor is a section of road or contiguous roads served by a bus route or multiple bus routes with a minimum length of 3 kilometers (1.9 miles) that has dedicated 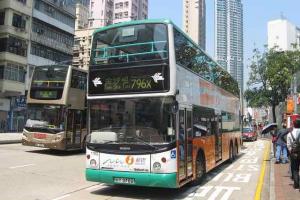 Mass transit system refers to public shared transportation, such as trains, buses, ferries etc that can commute a larger number of passengers from origin to destination on a no-reserved basis and in lesser time. It can also be termed as Public Transport. Rapid transit is an important form of mass transit such as subways and surface light rail systems, designed for