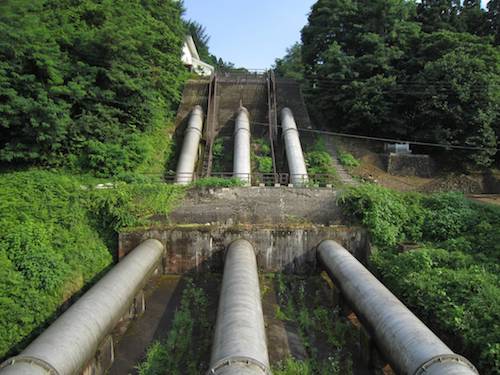 Predicting the lifetime of materials and components in engineering environments is the subject of this discussion. The method of prediction proposed here is based on two approaches: namely,

These approaches were developed because the performance of components in environments has evolved into a curious and disconnected morass of corrosion allowances, aspirations of determinism, lore, belief, limited experience, application of fracture mechanics as a solution to all prediction problems, exasperations with the nominally unfathomable complexity of corrosion, hand waving, miscellaneous impressions of designers, and specifications and codes published by technical societies that are thought, when adhered to, to provide immunity from premature failure but don't. 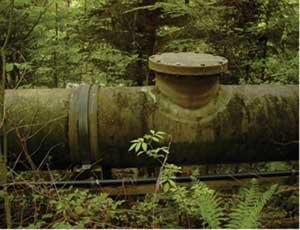 The methods in this discussion are oriented toward what is commonly thought of as corrosion and degradation. The behavior and prediction of systems that is in the province of HAZOP (Hazard and Operability) and HAZAN (Hazard Analysis) methodologies is not considered here. These methodologies are discussed in detail in other publications as they apply to large systems.

The approaches here are necessary because more industrial equipment is being designed to perform for duration for which the environmental effects have never been seriously considered and because some applications are being required to perform progressively longer without inspections or cannot be inspected (in vivo devices) and some, e.g. storage of radioactive waste, must perform reliably for times that exceed presently recorded history. An objective of the CBDA and LAM methods is to provide a framework within which materials and design disciplines can communicate effectively. There are certain principles upon which the approaches here are based.

Predicting performance is thought by some to be impossible since what fails often seems to have little to do with initially anticipated problems for which extensive research was undertaken. Therefore, there is often a suspicion about the value of prediction since the lore seems to agree that "failures always occur where predictions have not been developed."

The credibility of predicting performance of Steel Penstocks has also suffered from strongly advocated approaches which are too limited but which promised too much. For example, fracture mechanics has promised that failures can be understood in such terms as the primary method for analysis. However, KIc is usually irrelevant until defects have progressed significantly into the material. Certainly, at this point the material will fracture, but this is no surprise. The larger problem is preventing the penetration at the outset; predicting and preventing the occurrence of such initial penetrations is the concern of the present discussion. For many years it has been customary to use a "corrosion allowance" to account for future corrosion damage. Such an allowance has its origins in the need to maintain minimum dimensions from the point of view of sustaining applied stresses or preventing leaks in thin sections. Nominally, using a corrosion allowance obviated the need to consider corrosion in any detail.

Predicting performance has also been clouded by assumptions of designers that environments, e.g. pure water, are "obviously innocuous." However, such assumptions do not consider that chemical species in relatively pure environments can concentrate due to heat transfer and boiling on surfaces.

Unwarranted reliance on inappropriate accelerated tests has lead to some major mistakes in the selection of materials and design. For example, the high nickel alloy, Alloy 600, was long thought to be immune to stress corrosion cracking (SCC) based on the dependence of SCC as determined in boiling MgCl2 testing. More recently, Berge has shown that these high nickel alloys sustain chloride SCC in some acidic environments. Even in pure water this alloy was subsequently observed to sustain SCC in the environments of commercial nuclear steam generators.

Difficulty of communication between designers and those who understand predicting performance has often led to a lack of serious consideration of potential failures. The backgrounds in the contributing fields are often so different that what is taken for communication is not understanding.

While there is some disenchantment, suspicion, or lack of communication with predicting performance, there remains a great need for such predictions if credible methods can be developed. For these reasons I have developed the Corrosion Based Design Approach (CBDA) and the Location for Analysis Matrix (LAM) as means for providing a rigorous approach to quantifying and organizing the necessary information for prediction. Essential features of these two approaches are discussed here based on my more comprehensive discussion. In developing an approach to prediction there are some important difficulties.